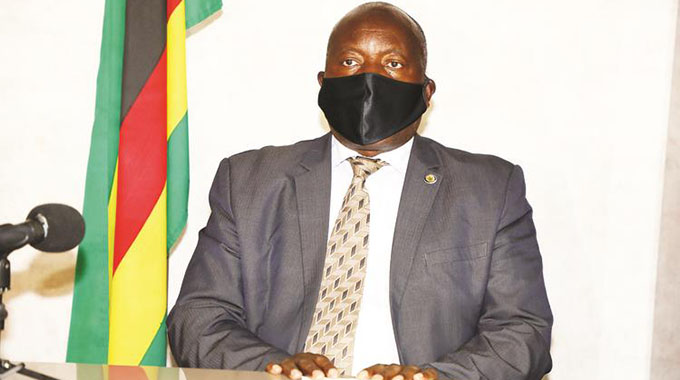 Mukudzei Chingwere Herald Reporter
FAMILIES of civil servants who succumb to Covid-19, if infected in the line of duty, will be looked after, with the Government committed to paying a full year’s salary to families along with the normal benefits payable to the family of a deceased civil servant.

Government continues to prioritise frontline workers who have kept the nation on its wheels despite the danger posed by the pandemic.

“Government has committed to pay civil servants salaries for a further 12 months if they succumb to the effects of Covid-19 after contracting the virus in the line of duty. There are normal benefits they are entitled to for their years of service. Nothing has changed; they will get that one. But the extra remuneration for a further 12 months will be advanced to their families by the Government.

Ambassador Wutawunashe outlined a number of benefits extended to civil servants, saying the Government was still committed to what it promised.

“We have adjusted a lot of things to protect our workers, such as for how long can you be ill and still be paid a full salary. It has been adjusted from 90 days to 180 days. We have also said that at any one time we should have at least 15 percent of the workers reporting for duty at their work stations,” said Ambassador Wutawunashe.

He gave an update on the issue of civil servants’ salary negotiations that were scheduled to be concluded next month after delays caused by Covid-19 restrictions.

The Government was expecting to meet the National Joint Negotiating Council (NJNC) next week for the finalisation of negotiations on the terms of employment, salaries and wages for civil servants.

“We expect the NJNC meeting to be done next week. Hopefully, we will be able to finalise the salary increment for civil servants in that meeting,” he said.

This comes as some civil servants are calling for an industrial action demanding a minimum salary of US$500.

On its part, the Government has made it clear there will be no redollarisation and that all expenditure must be tied to revenue, with no borrowing for recurrent expenditure; that is, all civil service pay must come out of tax revenue.