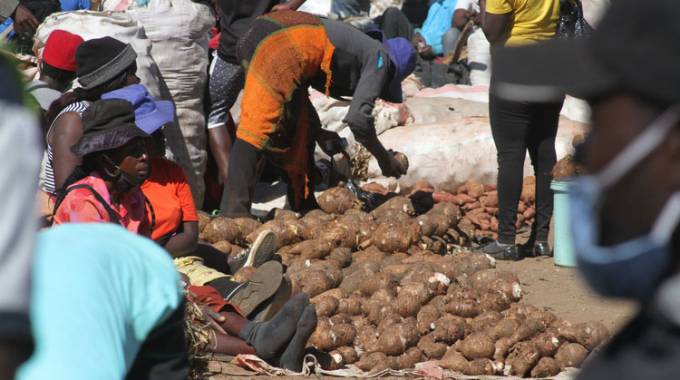 IT has been a harrowing season for businesses in Zimbabwe, but the last two weeks have been particularly traumatic.

In a week that tighter measures to curb the spread of coronavirus were announced, a number of companies were forced to temporarily close shop as the Covid-19 menace exploded across the country, particularly in Harare and Bulawayo.

Cimas Medical Aid reported that at least 22 of its workers tested positive for Covid-19, resulting in the closure of all its Medical Aid walk-in centres.

Companies like Econet, NMB Bank and PSMAS recently closed some of their branches after some of their staff tested positive for Covid-19, while institutions like Chinhoyi University of Technology (CUT) also recorded cases.

What has worsened the situation is that most companies now have to shoulder the added cost of mandatory PCR testing for all elective cases, regular testing for staff members and screening of visitors.

While formal business are bearing the brunt of the unprecedented rise in infection levels, declining profits and unbudgeted expenses, players in the informal sector — a  key anchor of the country’s distressed economy — seem oblivious to the danger.

Communities are also failing to adjust to the new normal, with most going about their various ventures, ignoring the warning signs that have been laid bare by the upsurge in cases.

Medical experts warn Zimbabwe could reach its coronavirus infections peak by September, some two months out of winter, which had been flagged as a possible dark period as the global pandemic spreads menacingly.

Of these, 1 284 were due to local transmissions.

However, the tightened lockdown, coupled with a dusk-to-dawn curfew announced by President Mnangagwa, was received with a sigh of relief by medical experts, who had raised the red flag over the increase in local transmissions. The announcement also saw tertiary institutions suspending examinations and resuming lectures online, while calls to address transport challenges grew louder.

Worryingly, communities continue to ignore these danger signs as they employ the business-as-usual approach.

The Sunday Mail spoke to Harare City Council’s health director Dr Prosper Chonzi, who said it was now “critical for us all to appreciate that this pandemic is real”, and the days when Covid-19 was a distant threat were over.

The level of infections within health institutions, said Dr Chonzi, were a cause for concern.

His comments on healthcare workers come as the World Health Organisation (WHO) on Thursday warned of the threat posed by Covid-19 to health workers across Africa.

WHO cautioned that more than 10 000 health workers in the 40 countries which have reported on such infections had been infected by Covid-19 so far, a sign of the challenges medical staff on the frontlines of the outbreak face.

In a letter dated July 21, 2020, the Zimbabwe Association of Doctors for Human Rights wrote to the Ministry of Health and Child Care requesting for the number of healthcare workers that have tested positive for Covid-19 to date. While the ministry has not yet shed light into the actual numbers, Dr Chonzi said the increase in the number of exposed health workers was mainly due to shortages of personal protective clothing, while others had also relaxed in a way.

To date, at least 115 health workers have tested positive for Covid-19 in Bulawayo.

Zvishavane District Hospital was closed after 25 of its workers tested positive, Gweru City Council recorded four cases among its staff, while 16 health workers within institutions under the Harare City Council were infected.

Medical practitioner and HIV clinician Dr David Mukwekwezeke said the increase in transmissions among health workers can be explained two-fold, with complacency being one of the reasons.

“The first factor is the inadequacy of our PPE use both in terms of unavailability and also due to improper use when they are available,” he said.

“The second factor is that the rise in cases among healthcare workers is a mirror image of the increase in local transmissions. They are still exposed even after they leave their workplaces and are interacting with the community.

“In that regard, complacency in adhering to basic prevention practices does not seem to have evaded us as well. However, it is important to remember that high infection rates among healthcare workers have been one of the hallmark features of Covid-19 all over the world since the onset of the outbreak.”

Dr Mukwekwezeke said most communities are still treating the coronavirus as an abstract ailment that does not really exist.

“The evidence on the ground seems to suggest that people in our communities have not yet fully grasped the severity of the pandemic.

A simple indicator is that widely circulated prevention measures against Covid-19 such as the wearing of masks and social distancing are still being ignored in the suburbs.

“This behaviour alone shows that our communities perceive Covid-19 as an alien disease, one they do not seem to have accepted as a tangible threat to their lives.”

He said the police and other supporting security agencies could only do so much.

Co-operation by the population, he emphasised, was critical to help flatten the curve.

He said it was high time Zimbabweans embraced the new normal, adding that Covid-19 was not going away any time soon.