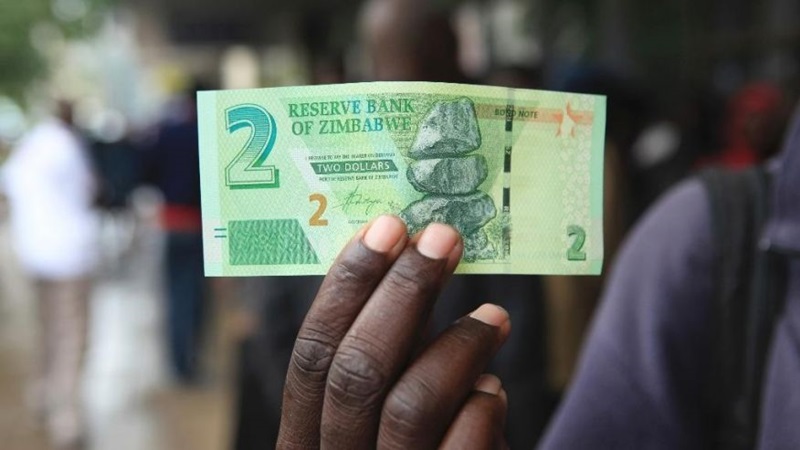 HARARE – The bond note yesterday crashed to 1:250 against the United States Dollar — sparking panic among ordinary Zimbabweans who have been raging all week over government’s controversial two cents per dollar tax on electronic transactions — which triggered price increases and shortages of goods across the country.

The surrogate currency, introduced at the end of 2016 by ousted former president Robert Mugabe’s government to mitigate the prevailing liquidity crisis, plunged as Finance minister Mthuli Ncube warned long-suffering Zimbabweans to brace for more pain, before things get better.

At the same time, the push for government to review the two cents per dollar tax gathered steam yesterday with Energy and Power Development minister Joram Gumbo appealing to the authorities to review their position.

Gumbo warned that the tax, which has already caused disquiet among petroleum firms, would lead to massive fuel price increases whose domino effect could potentially result to chaos in the economy.

Yesterday, the bond note was trading at 1:250 against the US dollar while Real Time Gross Settlement (RTGS) transfers were fetching 220 and upwards.

“We are in a critical situation for business because they are finding it hard to price their goods based on the prevailing rates as they do not know at what rate the US dollar will be bought for tomorrow. The demand for cash by retailers is in line with the fear of devaluation of RTGS rates and government should seriously look into it with urgency.

“The current situation has also caused a lot of speculative buying consumers with others travelling from Harare to Masvingo to bulk buy goods because of the currency panic. If government does not implement Statutory Instrument 122, there will be shortages.

“Government should monitor the situation because the shortage of foreign currency is causing slow production and with the lackadaisical issuance of import licences, shops could soon be empty as some companies have completely stopped production,” Mutashu told the Daily News.

Economist John Robertson told the Daily News that while a return to the spiraling inflation of 2008 was far-fetched, shortages could be the order of the day.

“Even if inflation hits 100 percent, prices will not go back to 2008 where they changed every hour. We are already seeing scenarios of 2001/2002 were there were fuel queues and that could spill-over to bread and other commodities.

“The worst case is when products are made available through the backdoor, where you have to know someone for you to get a loaf of bread for a premium,” Robertson warned.

Suppliers also put notices to supermarkets of new price increases as a result of both the two cents per dollar tax and widening fuel shortages.

On Monday, Ncube introduced a raft of measures aimed at breathing life into the country’s sickly economy— including the two cents per dollar transaction tax which has backfired spectacularly after being rejected by crisis-weary Zimbabweans.

Militant labour unions have warned that they are preparing to go on strike — to protest the two cents per dollar tax — and which they say must be reviewed by the government as a matter of urgency.

While Ncube yesterday said he wasn’t going back on the new tax, petroleum companies, who are said to be already reeling from myriad problems which include having to pay many levies, warned of imminent price hikes.

Gumbo yesterday confirmed to the Daily News that he had engaged Vice President Constantino Chiwenga, whom he reports to, on the two cents per dollar tax which he said if effected, would push prices of fuel, causing ripple effects in the economy.

“There was an announcement from the ministry of Finance about this, it has not been gazetted. I don’t know whether it has been gazetted or not. I have made my plea with the … Chiwenga that this must be put on hold, because it is going to affect a lot of things.

“The price of fuel is going to go up and as you are aware, prices are already going up on many commodities and I can assure you, it can be worse by next week because fuel drives everything. It has got an influence on the consideration of prices. We move our commodities or products mostly by road, which means fuel is involved.

“Government has always been getting some money from the sale of fuel, rough levies and duties, but now with this two cents being included, the companies are going to pass that addition to the consumer, and that is the effect, because if they don’t do that, their margin of profit is going to be caught up and it is that margin of profit where they pay for their operational cost,” Gumbo told the Daily News.

“So if you impose this two cents (per dollar) tax, they (petroleum companies) will have to pass it on so it is my hope and belief that this can be reconsidered,” Gumbo said further.

Ncube said regulations were not in yesterday’s government gazette, meaning that according to the law, they are illegal and of no force, although his announcement has triggered price increases and volatility in the markets.

Legal experts have said Ncube erred as the Zimbabwean legal system does not allow a minister to change any law, let alone an Act of Parliament, by a ministerial statement.

“The minister should have been advised to gazette regulations changing the rate of the tax on the same day as his statement, the 1st October.

“If the government wishes to persist with the new tax rate despite the adverse reaction in several sectors, the minister can still make regulations now.

“If they have already implemented or continue to implement the minister’s legally ineffective review/directive, Zimra, financial institutions, banks and telecommunications companies will have done so at their peril.

“And they should bear in mind that if and when the minister makes appropriate regulations, any attempt to backdate the new rate of tax to 1st October is likely to face a stiff constitutional challenge. Unlike the former Constitution, the present Constitution specifically commands “respect for vested rights,” legal watchdog, Veritas warned.

Mnangagwa, 76 — who was elected as Zimbabwe’s substantive leader in the hotly-disputed July 30 national elections — has been working hard to revive the country’s battered economy.

But while most Zimbabweans warmly received his recent Cabinet picks — in which he dumped the old guard which had been a permanent feature in Mugabe’s previous government — his administration’s latest policy initiatives, particularly the electronic transaction tax, have been roundly criticised.