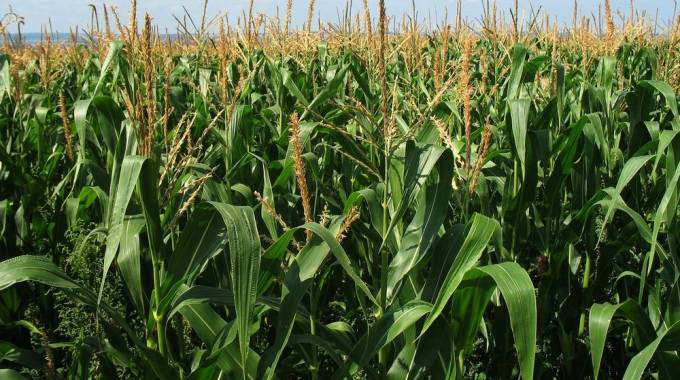 The GOVERNMENT has deployed a new high-tech digital application which measures production on farms, as authorities adopt modern technology to undertake the ongoing annual national crop and livestock assessment.

For the first time, production is being evaluated electronically using the new system — Agricultural Production Form (APF) — which captures an individual farm’s precise productivity in real time and feeds data collated from districts into a national mainframe in Harare.

Preliminary findings from the ongoing crop assessment indicate excellent performance countrywide with the exception of some areas in the southern parts of the country where crops have been damaged by leaching.

Last week, the Government deployed 17 teams of agriculture extension specialists countrywide to lead an extensive audit of the summer crop, amid indications that this cropping season will be one of the most productive post-land reform.

The pre-harvest assessment exercise, which commenced on Wednesday, will enable authorities to ascertain the exact hectarage put under different crops during the current season in each district countrywide.

This will enable authorities to gauge the expected harvest.

Lands, Agriculture, Fisheries, Water and Rural Resettlement secretary, Dr John Basera said an official update of the exercise will be published in a fortnight.

“The crop and livestock assessment exercise started today (Wednesday) and we will give an update in two weeks’ time,” said Dr Basera.

He said the digital platform is being used to track individual farmers’ precise hectarage and expected production levels.

“This application, called Agricultural Production Form was developed by the Ministry of Agriculture,” said Mr Tapererwa.

“The advantage of having this system is that we will be able to trace the farmers’ production and also the challenges they are facing, for example if they are having challenges with irrigation or machinery.

“They are also able to make suggestions on how the Government can intervene through this platform.

“For Government, we get to know what is happening on farms and if there is any underutilised land on farms.”

He said the crop assessment exercise will be completed by February 28.

“The experts will train provincial teams who will then train at least 30 others at district level.

“The training should end by February 10 then from the 11th to the 21st, they will be doing data collection before finalising of the report.

Mr Tapererwa said crops in most areas were performing well.

“The performance of crops is between fair to good because of the rains.

“However in the southern parts there has been a problem of leaching because of the heavy rains,” he said.

“If the current rains continue and fertility can be maintained through top dressing, and barring floods and extreme weather events the crop harvest this season should be good and the country will be food secure in terms of maize requirements,” said Mr Wilson.

“Despite the huge logistical challenges posed by the Covid-19 situation, seed, fertiliser and crop chemicals were generally available.”

He said the introduction of the foreign currency auction system in June last year had made it easier for farmers to procure inputs.

In an address to the nation last week, President Mnangagwa said the country was likely to achieve a bumper harvest.

“The current agriculture season is promising to result in a bumper harvest and food self-sufficiency, with provinces having received above normal rainfall,” said the President.

“Inflow to major dams has been good, with some reaching full capacity. This in-turn positively impacts our irrigation potential in the coming seasons.”

Zimbabwe is expecting a bumper harvest in the 2020/21 summer cropping season given the abundant rains and successes registered in programmes such as the climate-proofed Pfumvudza scheme.

A report recently released by the Lands Ministry showed that as at December 19, more than 906 000 hectares had been put under food crops out of the targeted 1,5 million hectares.

More than 138 200 hectares had been put under maize through the Pfumvudza/Intwasa programme, while sorghum and soyabean has been planted on over 30 000 hectares.

Under Command Agriculture, 253 825 hectares had been put under maize, with over 35 800 hectares placed under soyabean.