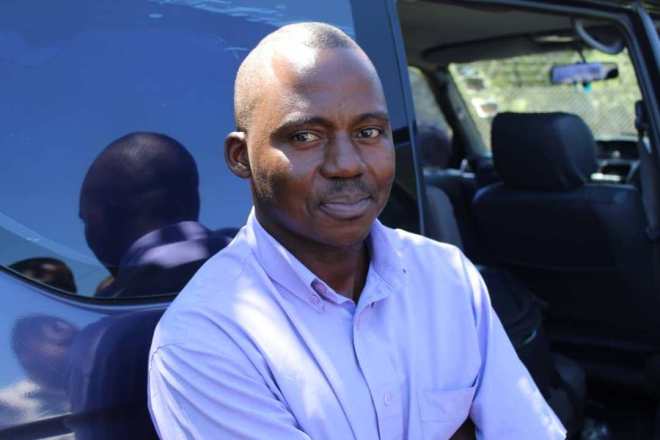 ACTIVIST and journalist Zenzele Ndebele was yesterday arrested at State House in Bulawayo where he was demanding that President Emmerson Mnangagwa, who was meeting civic society organisations (CSOs) from the region, should address the 1980 Gukurahundi massacres.

Ndebele was nabbed at a search point at the State House entrance allegedly with used teargas canisters.

He was whisked away for interrogations amid reports that State security also besieged his Centre for Innovation and Technology (CITE) offices, where he is a director, as part of their investigations.

Mnangagwa was meeting the CSOs under the banner Matabeleland Collective (MC) at State House where the issue of Gukurahundi massacres, compensatory and
infrastructure development, national healing and devolution, among other ills facing the region, topped the meeting.

It is a first such engagement between Mnangagwa and MC — a consortium made up of about 66 CSOs and church-based organisations drawn from the region — to meet and openly discuss the Gukurahundi issue.

The MC convener and activist Jenny Williams said CSOs in the region realised that “we could not continue to cry tears of destitution and despondency” and decided to engage Mnangagwa directly over the burning issue “for the betterment of our region”.

“As people of this region, we share and continue to feel the pain of feeling excluded due to spoken language, tribe, class or geographical location or colour.

“We continue to remember loved ones buried and unaccounted for. Despite the pain still felt and shared by people of this region, we realistically told each other that it is time to engage the government of Zimbabwe,” Williams said in her opening remarks.

The meeting was later closed to journalists, but sources who attended the gathering said the issue of Gukurahundi and devolution featured prominently in the discussions.

Mnangagwa, in his closing address after the session was opened to journalists, admitted government’s reluctance to address the Gukurahundi massacres, pledging to ensure that MC concerns were attended to through follow-up engagement meetings.

“I believe that as government and as my minister (Public Service, Labour and Social Welfare minister Sekai Nzenza) has said, she is going to create a platform, where there is continuous dialogue.”

Meanwhile, it was not yet clear which charge Ndebele will face following his arrest.