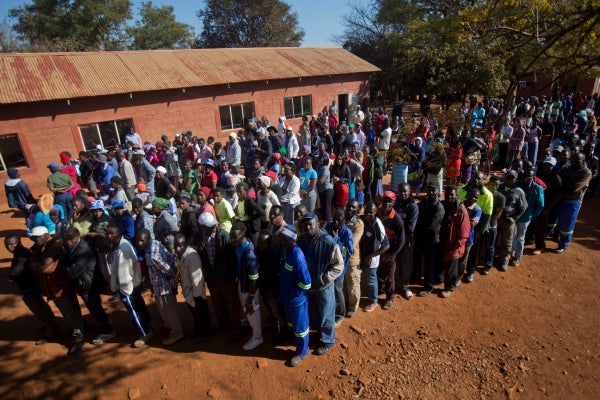 A YEAR after Zimbabwe’s 2018 general elections, civic society organisations are still seeking transparency and accountability in the country’s polls in line with principles of the African Charter on Democracy, Elections and Governance (ACDEG).

In an interview with NewsDay in Kariba on the sidelines of an ActionAid workshop on ACDEG, Elections Resource Centre (ERC) executive director Tawanda Chimhini said there is need for the Zimbabwe Electoral Commission (Zec) report on the 2018 elections to be tabled before Parliament so that it can be opened up for scrutiny by members of the public as stipulated by the Electoral Act.

Chimhini said transparency and accountability on electoral issues was in line with Chapter 7 of ACDEG, which speaks to regular holding of transparent, free and fair elections in accordance with African Union principles.

“Zec has already submitted its report on the 2018 elections, but as civic society we feel that their report concentrated more on administrative issues and that they got money for the elections, conducted voter registration, came out with a voters roll, ran polling day and appeared in court as respondents,” he said.

“However, they submitted their report to the Justice minister, but the Electoral Act further stipulates that Zec must give the report to the President, the Speaker of the National Assembly and candidates during the 2018 elections, but Zec has not fulfilled that yet.”

Chimhini said issues missing in the report were to do with electoral law reforms, and inclusivity where all stakeholders need to agree on the legal framework for elections instead of the Executive making decisions on all issues.

“If these electoral reforms are not done we might end up getting into 2023 elections. We also need to use by-elections to test the effectiveness of the reforms that have been proposed,” Chimhini said.

But Zec commissioner Joyce Laetitia Kazembe insisted the 2018 elections report was submitted on February 14 this year in accordance with the Electoral Act through the Justice minister Ziyambi Ziyambi, who is the one responsible for tabling it before Parliament.

“In the report we actually covered everything that deals with elections including the role of the security forces, of which the law says they must not be involved in the actual process. They should just be there to provide security. We also indicated the role of civic society and political parties during elections,” Kazembe said, adding that some of the electoral reforms that Zec is being criticised of are things that they cannot perform without an enabling law.