Currency reforms can work if Zimbabweans want them to

Source: Currency reforms can work if Zimbabweans want them to | Herald (Opinion) 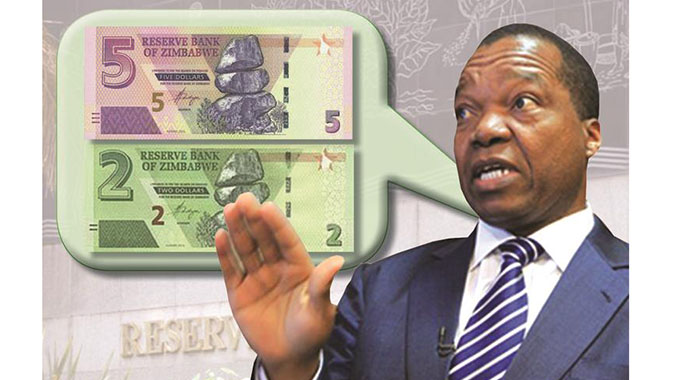 Today, the Reserve Bank of Zimbabwe (RBZ) starts the process of injecting new notes into the financial system to improve the level of physical cash in circulation.

This is expected to make life easy for ordinary Zimbabweans, including pensioners, who are spending long hours queuing for cash at their respective banks.

By the same stroke, the availability of cash will eliminate the extortionate premiums incurred when transacting through mobile money, especially via the EcoCash platform.

Since 2009 when the Zimbabwe dollar ceased to circulate after losing its value due to hyperinflation, the Central Bank has for a good reason  been on a merry-go-round trip to re-introduce the currency to avoid awakening ghosts that forced the economy to dollarise a decade ago.

To ease the problem of change which almost frustrated the multi-currency system, the RBZ came up with bond coins and, somewhere down the line, they followed that up with the introduction of bond notes which were part of a package of incentives to boost exports.

More recently, the multi-currency regime was brought to an end to allow for the bond notes, coins and RTGS system to gain recognition as the only functional currencies in Zimbabwe, while restricting foreign currencies to external transactions.

Hard on the heels of this development, the Zimbabwe dollar returned through a Statutory Instrument which imposed heavy penalties on those who go against the law.

It has taken 10 years for the currency reforms to get to this stage because the country’s economy is still burdened by poor confidence levels and low productivity which cannot be blamed exclusively on the RBZ.

Rushing the currency reforms would have taken the country back to 2008, hence the decision by the Central Bank to be conservative in its approach.

While the twin evils of confidence and productivity have remained with us, the situation on the ground has become unbearable for the ordinary citizen whose little income is stolen in broad daylight by dealers who are charging prohibitive premiums for non-cash transactions.

Despite the increasing usage of plastic money and electronic transfers, cash has also remained king in some areas.

Faced with such a situation where the RBZ was doomed if it didn’t act and doomed if it acted recklessly thus Dr John Mangudya and his team at the Apex Bank have opted to keep money supply growth in check.

By increasing the amount of cash in circulation through drip feeding the market with manageable dosages of cash, the Bank hopes to stimulate demand and production in a measured manner.

There is, however, ruckus over the new notes, with one arm chair critic, saying “We have to look at the characteristics of money which are durability, portability, divisibility, uniformity, limited supply, and acceptability. These are the conditions that are necessary in order for money to function well as a medium of exchange, store of value, or unit of account. Does our currency possess any of these attributes? No.

“Show me one product in Zimbabwe that can be bought with $5. Bread costs $16, 2 litres of cooking oil $75, 2kg of sugar $35, a kg of green bar soap $20,” remarked another, with yet another critic suggesting that the monetary authorities should have introduced higher denominations of $50 and a $100, given “the way things are going”.

While everyone is entitled to their opinion, it is dangerous to allow the dissemination of ignorance as gospel truth or worse still idiocy to go unchallenged in a market that is known to be easily swayed by anything.

The onus is now on the RBZ’s Financial Intelligence Unit to ensure that notes are found in abundance in the banks instead of the streets. Any excess cash should be moped up using various instruments at the Bank’s discretion.

The Financial Intelligence Unit should also consider introducing a system whereby banks are required to account for every penny allocated by the Central Bank through the KYC principle. Those found to be breaking the rules must be dealt with.

Having said this, it would be unreasonable to expect the country’s economy to turn on the basis of monetary policy alone.

To break the cycle of economy seizures, there is no substitute for production and confidence-building measures and behaviour of which we all have a part to play.

Zimbabweans must also grow out of their proclivity to engage in needless and pointless conflict which is undermining confidence in the market and start to engage each other productively.

What that means is that the power to make the currency reforms work, resides in ourselves.