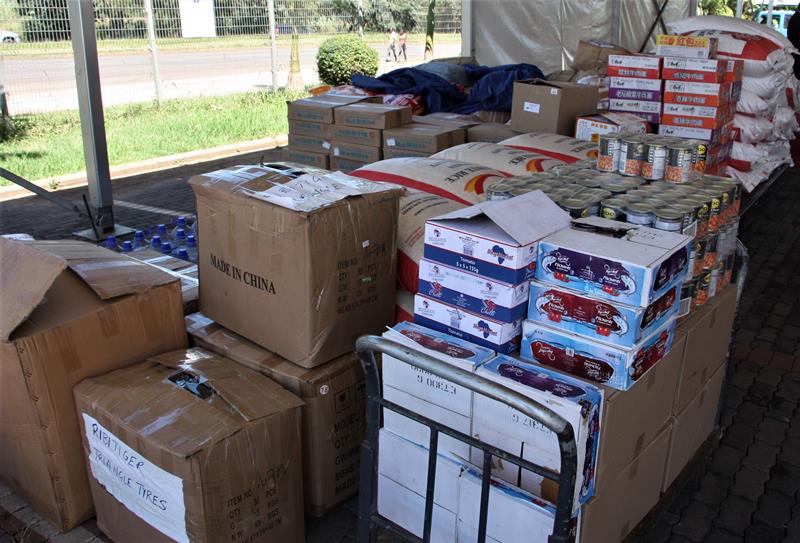 ALLEGED looting of donated goods for victims of recent Cyclone Idai by government and Zanu PF officials are depressing and show that Zimbabwe is indeed in trouble.

With some places inaccessible because of the extensive damage, there is a possibility more people lost their lives.

The army, police, the Department of Civil Protection, volunteers, and specialist rescue teams from other countries have been busy searching for survivors and retrieving bodies buried in debris.
Homes, buildings, businesses and schools were swept away by the gusty winds and the floods caused by the cyclone.

Zimbabwe has been in mourning since the tragedy occurred while relief aid has been sourced from fellow citizens, corporates and neighbouring countries. These donations have flowed in huge quantities after people empathised with the people of Manicaland.

The aid for the victims has come in various forms including blankets, shoes, clothes, food, tents and medical supplies.
However, there have been many allegations that those entrusted to deliver this aid are not being trustworthy as they are diverting some consignments.

Government and Zanu PF officials have all been accused of either distributing the relief items on partisan lines and in other cases completely pocketing the items.

The ministry of Local Government is responsible for coordinating these relief efforts and there should be no room for any political parties to take centre stage.

In one instance, the army had to step in and chase away Zanu PF officials who were trying to hijack an event where the Harare City Council’s Mayor’s Christmas Cheer Fund and City Parking had gone to donate goods to the victims.

Amidst such tragedies, political parties should learn to desist from trying to gain any mileage by exploiting victims of natural disasters. Some people lost everything they owned and were left with only the clothes they were wearing when tragedy struck.
The relief aid is aimed at helping such people pick up the pieces and start rebuilding their lives.

It is heartless for authorities and influential people to then divert these donations to their own personal use.
The government should launch an immediate investigation to get to the bottom of these looting allegations.