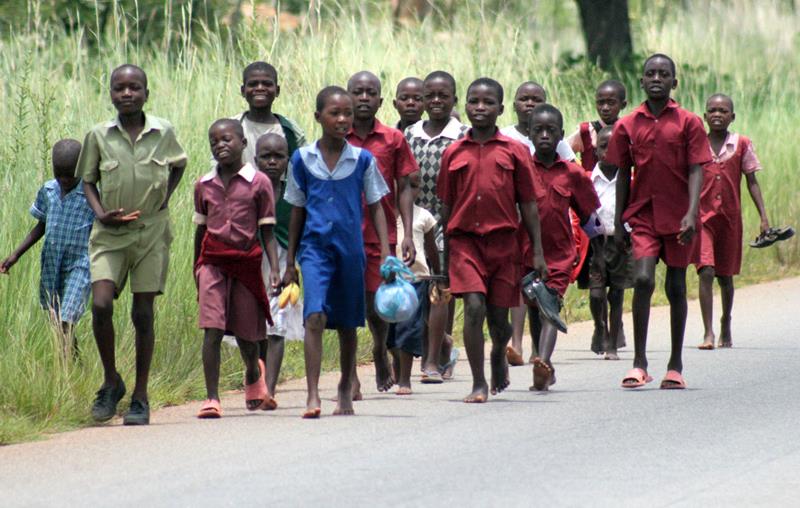 As Manicaland cleans up the destruction brought by Cyclone Idai, which killed 51 pupils and caused more than US$2,7 million of infrastructural damage, it is emerging that thousands of children will have their education severely affected.

There are still 70 pupils missing, and learners at St Charles Luwanga have refused to go back to class where part of their school was seriously damaged and three deaths recorded.

Learners at the Roman Catholic Church-run school were traumatised after they dug up their colleagues from the rubble following  a landslide that knocked over the dining hall and dormitory.

In battered Chimanimani, the category three cyclone dumped record rainfalls which destroyed road infrastructure that has led to the forced early closure of 43 schools.

The worst affected school in terms of death toll was Dzingire Primary School in Chimanimani which lost 50 students and three teachers, including the school headmaster, although these were in their respective homes.

Three teachers have been confirmed dead with three more still missing from the country’s worst ever natural disaster.
About eight pupils who were in boarding schools were left without any parents or homes to go home to.

In Kopa, Rusitu Valley where an entire township was swept away and four lone houses remain where 147 once stood, Mbuya vaPaida who lost everything said she is struggling to keep life as normal as possible for her eight grandchildren, including Paida, the oldest, who is 14.

Paida, who is in Form 1, said she wants to finish school, get a good job and take care of her grandmother, her siblings and cousins. She said her birth certificate and books were ruined by the rains that destroyed her home. Even amid this huge crisis, the children are holding out hope.

While the provincial capital, Mutare, sustained little lasting damage from the cyclone, the damage to schools along Chimanimani and Chipinge has raised questions about how to resume the school year in the area.
Education in Zimbabwe is a political hot-button issue, with virtually every major presidential candidate in the 2018 polls — promising to expand access to schooling.

Civil Protection Unit Manicaland chairperson Edgars Seenza told a delegation of permanent secretaries who were led by Chief Secretary to the President and Cabinet Misheck Sibanda in Mutare on Friday that the traumatised students who were forced to stay with their deceased colleagues at Dzingire school for three days,  will enrol in other schools.

“St Charles Luwanga learners are no longer keen to return there… boarders are going to be taken to other schools given their experiences,” Seenza said, pleading for the indigent students’ full government sponsorship and welfare.

“Government needs to take care of the welfare and education of the affected learners because some of them don’t even have a home to go to. We will try to find their relatives but they may also not have enough to take care of them,” he said.
Seenza said the schools will open two weeks earlier after their closure this week.

“The affected schools will open on April 23…repairs and maintenance work should be done with speed,” he said.
St Charles Luwanga will allow day scholars to resume their education as the responsible authority — the Roman Catholic Church — has since indicated willingness to find alternative space to build another boarding school.

“The school will only open for day pupils but there are plans to have the school re-sited,” he said.
— Additional reporting by Plan International.