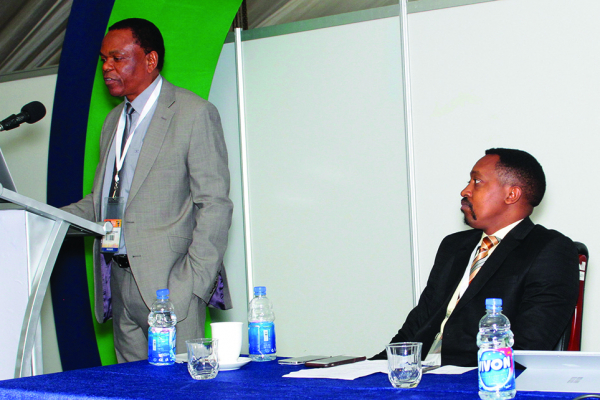 The Confederation of Zimbabwe Industries (CZI) has pledged to partner polytechnics in the development of technologies to retool local industry, United Refineries Limited (URL) chief executive officer has revealed.

URL and CZI past president Busisa Moyo said there was need to engage polytechnics in retooling local industry, while chairing the Original Equipment Manufacturers Forum held at the ZITF grounds yesterday.

This came after presentations by Kwekwe Polytechnic principal Engineer Callisto Muzongondi and Harare Institute of Technology director of technology Engineer Ngoni Chirinda on the role of higher and tertiary institutions on industry retooling.

Jointly hosted by the ZITF and CZI, the forum was graced by many dignitaries among them Industry minister Mike Bimha.

In his presentation Muzongondi, gave a sample of the over 200 solutions that his institution has designed at various industries and companies around the country, saving local industry millions of dollars.

“Our institution has solved over 200 problems at various companies around the country using local technologies and resources. This has saved the nation the scarce foreign currency, increased productive capacities of the said companies and ultimately promoted national industrial growth,” he said.

Import substitution appears to be the panacea to the retooling challenge facing industry given the fact that the nation has over the years failed to attract new capital as a result of the hostile macro-economic environment.

Industry remains stagnant against a backdrop of the nation’s poor legacy on international debt repayment, a very high risk perception average of 32,8 that repeals international investment and that the Industry ministry was not providing import grants to local industry for capital investment.

Zimbabwe’s risk perception has worked against meaningful foreign direct investment, leaving local research centres and higher and tertiary education institutions with the key task of providing retooling solutions.
The forum was attended by investors from Korea, China and South Africa.