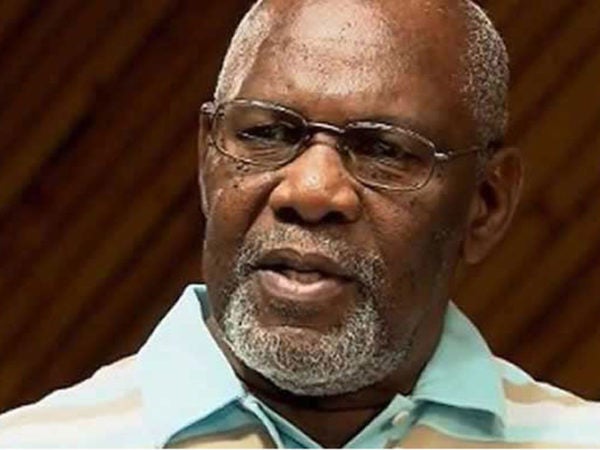 THE Dumiso Dabengwa Foundation, an organisation founded in honour of the late national hero and former Zipra intelligence supremo, has started making consultations with various stakeholders to lobby government to accord national hero and heroine statuses to the late liberation war luminaries, Thenjiwe Lesabe and Tafi Moyo.

Lesabe, then national chairperson of Zapu’s Council of Elders, died at the United Bulawayo Hospitals in February 2011. She was a distinguished liberation fighter and was one of the pillars of Zapu during the war of liberation,
Gukurahundi era, right through to the signing of the Unity Accord between PF Zapu and Zanu, where she later became a Cabinet minister in the then President Robert Mugabe’s government. She, however, later quit Zanu PF and helped
in the revival of Zapu following a fallout with Mugabe.

When she died in 2011, Mugabe denied her national heroine status, accusing her of jumping ship and joining Dabengwa’s revived Zapu party. She was eventually buried at her family farm in Fort Rixon, Insiza district, Matabeleland
South province.

Moyo, also a renowned liberation war stalwart, was denied the national hero status when he died on December 8, 2014, with government only conferring a State-assisted funeral and burial at Lady Stanley in Bulawayo.

DD Foundation director Mthulisi Hanana said Lesabe and Moyo deserved recognition for the work they did to liberate the country.

“We are finalising consultations with the Tafi Moyo and Lesabe families so that we apply for their national hero statuses. Remember, at some point the President (Emmerson Mnangagwa) met the group of organisations based in
Matabeleland under the banner of Matabeleland Collective. I was there at the meeting and raised the issue of the partisan and biased according of national hero statuses. The President gave a criteria on how the status is given,”
Hanana said.

“When I asked that, I had the issue of Lesabe in mind. Now, what happened is that Lesabe had not been given the heroine status by Mugabe’s administration because she had moved to revive Zapu. But now, this government has declared
Dabengwa, the president of Zapu, a national hero. It is on that line that we feel Lesabe was robbed of the heroine status.”

He said what they were going to engage government so that it reconsiders Lesabe’s heroine status since she had served government in various portfolios.

“So, we are now consulting her family, the reason being we want to have consensus with the family so that when we ask for the national hero status for their relative, they will accept,” he said.

He said Moyo, when he passed on, Mugabe was not in the country and there was not time for the leadership to deliberate on his hero status, and when the President returned, he could only extend to him a State assisted funeral and
burial.

“But we believe he is more, because he joined the struggle, even if he was not fighting in the front. He was moving arms. He was supporting the struggle financially and even when he was celebrating his 100th birthday, the
President gave remarks that showed how much contribution he made,” Hanana said.

“So, we are also consulting his family to say we are pushing for the hero status of their relative. The idea behind this is to make sure that when the story of our struggle is told; and when the story of the heros of this country is
told, these illustrious son and daughters of the soil should also be part of the story because they deserve it,… even if they are not interred at the National Heroes Acre.”

Other Zapu wartime luminaries such as Lookout Masuku were laid to rest at Lady Stanley Cemetery.