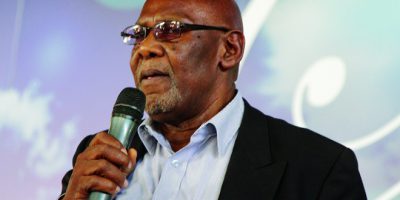 Dabengwa, a former Home Affairs minister and ex-Zimbabwe People’s Revolutionary Army (Zipra) intelligence supremo, died in Nairobi, Kenya, on Thursday on his way home from India where he sought treatment.

He was 79. The Dumiso Dabengwa Foundation said his body was expected at the Joshua Mqabuko International Airport at midday.

“There will be transport from No 39 Diamond Drive, Fourwinds at 10am,” the family said in a statement. “The pick-up point for the public is at the Bulawayo City Hall at 10:30am.

“Members of the public are encouraged to come and give the Black Russian a resounding welcome. “

Zapu secretary-general Strike Mkandla said government was yet to communicate its plans, but was optimistic that all arrangements would be finalised once the body arrived.

“Whatever will be agreed with the family will be done and even the party has its own roles, which it will play in agreement with the family,” he said.

Zapu indicated last week that the veteran politician wanted to be buried at his village in Ntabazinduna.

The late Dabengwa has been described as a principled politician who fought tirelessly to free Zimbabweans from colonial rule.

He has also been mourned by South Africa’s Umkhonto we Sizwe as a great liberator and patriot.

Dabengwa was one of the top Zapu leaders during the liberation struggle and was detained by former president Robert Mugabe’s government on trumped-up treason charges after independence.

When he was released from prison in 1987, he was persuaded to join Zanu PF and the government by the late vice-president Joshua Nkomo after the Unity Accord.

However, in 2008 Dabengwa pulled Zapu out of the accord, saying the party had been treated unfairly by Zanu PF. That year he backed Simba Makoni in the presidential elections.

The former minister became a fierce critic of Mugabe’s policies. In the run-up to last year’s elections, he backed MDC Alliance candidate Nelson Chamisa, who narrowly lost the polls to President Emmerson Mnangagwa.