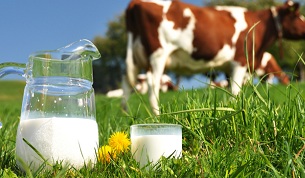 HARARE – Dairiboard Zimbabwe Limited (DZL) reported impressive 2017 financials on the back of firm demand across all segments, improved capacity and a more streamlined cost structure after two years of restructuring.

“After accounting for once off retrenchment costs of $0,847 million and a net interest bill of $0,740 million, the group recorded a profit before tax of $2,471 million, compared to a 2016 loss before tax of $4,881 million,” DZL chairperson Leonard Tsumba said in a statement accompanying the firm’s financials for the period under review.

“There was firm market demand across all product categories, and increased capacity to support beverages and liquid milks benefited volumes.

“Volumes achieved were, however, not optimal due to forex driven product shortages, adverse weather conditions in the first quarter of the year, and sales disruptions during system migration on consolidation of the operations,” Tsumba said.

Other product lines which recorded growth, on account of firm demand, were Steri milk, yoghurts, and condiments.

Overheads came down 16 percent year on year yielding an EBITDA result of $9,5 million up 657 percent and implying an EBITDA margin of nine percent.

He said going forward, noting the progress made by the business to date, and the renewed optimism for economic turnaround, focus will be on improving profitability through volume growth and cost containment, optimally utilising cash resources to procure inputs required.

JUST IN: Warrant of arrest for Marry Mubaiwa