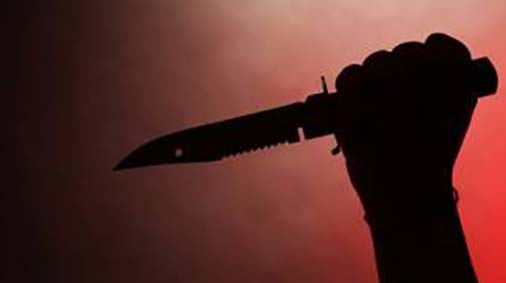 IN what could be compared to a macabre horror movie, people in some parts of Manicaland province are living in mortal fear of ritual killings by a suspected syndicate comprising businesspeople and faith healers.

Names of the suspects have been bandied around but police say they do not have incontrovertible evidence linking them to the crimes. But panicky villagers insist the syndicate is behind the suspected ritual murders.

A viral audio, whose authenticity could not be established, implicates three individuals.

In the audio, an unidentified man, who is understood to have been cornered by villagers, is heard confessing that he had been recruited by the syndicate to commit the gory murders. He claims that the first person he and other members of his gang killed was Tinashe Rupapa from Honde Valley’s Pimai area.

“My duty was to befriend him so that I could brief other guys about his movements.

“We threw him in Pungwe River after killing him.”

The man went on to name members of the gang he allegedly worked with. Investigations by The Sunday Mail revealed that a woman, who is believed to be a leader of the syndicate, has been accused of ritual killings before, as she was investigated by the police in 2019.

In the audio, the unidentified man said they were paid anything between US$5 and US$15 to kill people and cut off their limbs.

“The woman walks around with some water and if she sprays you that water, you lose all the power . . . Most of these gang members that I have mentioned are living with human heads and various other limbs in their homes.”

His claims could not be independently verified.

Recently, a 57-year-old tractor driver, Grey Chirimo from Penhalonga, was murdered before his severed body was dumped in the Nyangani Dam along with the tractor. Chirimo was found with his eyes and lower lip missing.

In another case, two seven-year-old children — Dilan and Melissa Benza from Sambaza Village, Nyanga — were murdered and had their bodies dumped in a disused blair toilet. Munyaradzi Chigodora from Shamu area near Hauna Growth Point, Honde Valley, said the chilling incidence were worrying.

“These people are real murderers and ritualists, and the way in which they kill their victims shows they have no mercy and are the devils themselves.”

The Sunday Mail spoke to one of the suspected leaders of the syndicate, who said: “These are people accusing me of something I have not done. Sometime back, someone called Mai Nyakomba came to my house selling various staff. I loaned her some US dollars and when the time came for her to pay, she started making up stories to intimidate me but none of it is true, and I have been cleared by the police.”

Zimbabwe Republic Police spokesperson Assistant Commissioner Paul Nyathi said thorough investigations had been conducted and “we couldn’t link any one of the cases to the suspects”.

“In fact, these are only isolated incidences that have been blown out of proportion, and we discourage members of the public from spreading falsehoods. That similar trend was also starting to emerge here in Harare in Epworth, where people post false information of ritual killings on social media platforms.”

But Chief Mutasa, who presides over the area where some of the alleged murders have been committed, said he was concerned.

“I have heard of many cases and the community is not happy. Our inquiries are showing that some of the people doing this are coming from neighbouring countries.

“That is where the some of the evil traditional healers who request for people’s blood are also based.”