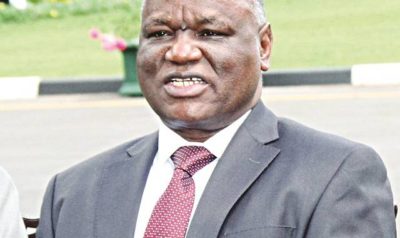 THE High Court will hear a contempt of court case against Chief Justice Luke Malaba on Thursday following reports that he had continued to execute official duties after reaching retirement age.

Malaba has reportedly been attending to official duties as the Chief Justice despite a High Court ruling that he ceased to occupy the position when he attained the age of retirement on May 15, 2021. The Judicial Service Commission (JSC) has also appointed Justice Elizabeth Gwaunza as acting Chief Justice in his stead.

Malaba and the JSC argue that the former can attend to duties because the government lodged an appeal against the ruling.

However, Kika filed an urgent court application seeking the committal of Malaba to Chikurubi Maximum Security Prison for a period of six months for defying a High Court order issued by Justices Happias Zhou, Edith Mushore and Jester Charewa a fortnight ago

He insists that the High Court judgment is a declaratur and for that reason cannot be suspended by an appeal.

Kika, who was the applicant in the matter together with the Young Lawyers Association of Zimbabwe, secured a declaratory order in which the High Court declared that Malaba’s tenure as Chief Justice of Zimbabwe came to an end on May 15, 2021.

Kika, in his founding affidavit, said Malaba was aware of this position, but has simply decided to be in contempt of court.

He is also seeking to have the matter referred to the Law Society of Zimbabwe’s disciplinary and ethics committee.

Malaba’s term of office was extended by five years by President Emmerson Mnangagwa following the enactment of the Zimbabwe Constitution Amendment (No 2) Act.