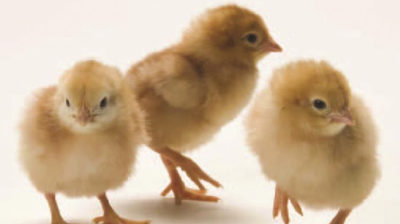 A serious shortage of broiler day-old chicks has dogged the market with farmers spending nights at the retailers’ premises to buy the chicks, NewsDay Business has established.

With the easing of COVID-19-induced lockdown restrictions, chicken farmers who had taken a hiatus in breeding are scrambling to restock so as to be back in business at a time hatcheries had reduced their flocks during the pandemic.

Chicken breeding has been widely embraced by many Zimbabweans as a low-hanging fruit in terms of generating income. This has resulted in a surge in demand for day-old chicks.

With the festive season approaching, farmers are looking for a quick buck as meat demand increases during that period.

But chicken farmers told NewsDay Business that they were having a nightmare as day-old chicks were in short supply.

“Day-old chicks are in short supply. I have been frequently to the suppliers for the past week with no joy,” said Tawanda Chaona, a farmer from Seke.

Another chicken breeder said after several failed attempts to buy chicks, they had resorted to sleeping at the supplier’s doorstep.

“After sleeping at the premises, I was only restricted to 100 day-old chicks. I needed more than that but I did not have an option. It was a tough experience for me,” Chiedza Kanondo said.

“Yes, there is a serious shortage of chicks on the market. Ordinarily, at this time of the year in the past, the demand would be low meaning even suppliers are overwhelmed by the unexpected demand. Given the situation, you would find that the lockdown to an extent contributed to this demand,” Makombe said.

“People started keeping chickens as a pastime activity and also as an income-generating venture, resulting in high demand for chicks. Further, it is a relatively easy investment with a quick return. The input costs are also relatively low and the project can be embarked on by many people. As much as it can be undertaken at a large scale, it can also be done as a low key affordable commercial undertaking. The surge in the number of those who are into poultry farming as a business is also as a result of the boom in demand for chicken meat.”

According to a Livestock and Meat Advisory Council 2019 report, farmers produced an average of 70 million day-old chicks compared to 86 million produced in 2018.

The 19% slump in output was attributed to escalating costs of stockfeed as well as reduction in demand.