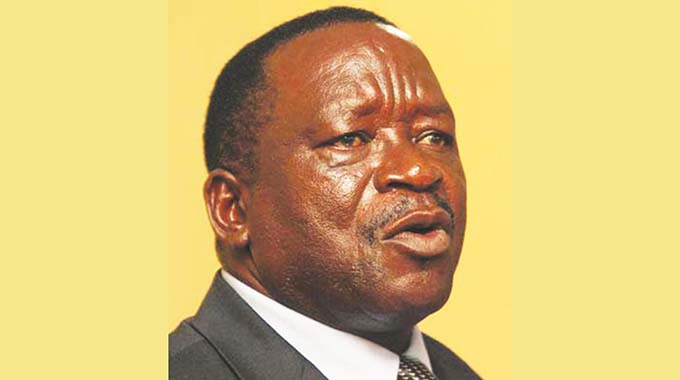 INFIGHTING has rocked the ruling Zanu PF party as newly-elected district co-ordinating committee (DCC) officials are allegedly targeting senior party officials in an attempt to remove them from leadership positions.

DCCs were disbanded in 2012 with the now late former President Robert Mugabe accusing the structure of being divisive.

At that time, then Emmerson Mnangagwa was embroiled in a bitter succession fight with Joice Mujuru.

“It is a case of people who are rushing to work without going through induction and they don’t know where to start and end,” Matemadanda said.

“It is just that people do not know what to do and they think that if they win an election, they have to do away with people who they were contesting against and their supporters. Others will be saying they did not win in a proper way, hence we cannot work together. It is a two-pronged thing and we are going around addressing that,” he added.

Matemadanda said the party would not accept chaos caused by some in the DCC officials, adding that those bent on causing confusion would be stopped.

“Winners must be accepted and should also know that they should work with those they contested. We have one or two incidents where others go saying that those who did not support them are sellouts and they push for votes-of-no-confidence.  We are not going to accept that.

“We are restructuring the party, we are recruiting and we don’t want to bring confusion,” he said.

Zanu PF is targeting over five million votes ahead of the 2023 harmonised elections and Matemadanda said DCCs should not derail that target by fanning divisions.

“There are cases where the DCC officials are going to call for votes-of-no-confidence on chairpersons and others they view as rivals and that is under check. These DCCs have no disciplinary responsibility. It is a co-ordinating committee and has no disciplinary functions, but most people may not know that,” Matemadanda, who is also Defence and War Veterans deputy minister, said.

The Zanu PF commissar was in Mashonaland West on Saturday where he said DCCs countrywide had become new factional battlegrounds.

“We are emerging from DCC elections and there are people who think they are now bigger than the party and can create laws.  They think they can do whatever they want because they have now been voted into DCCs.

“Don’t let yourself fight Zanu PF laws. Right now, there are some overzealous DCC members rushing to suspend (provincial) chairpersons, they have become a law unto themselves. I don’t know where they are getting this,” Matemadanda told the
meeting.

He said some were decampaigning sitting MPs or even politburo members just because they were not in the DCCs.

“Take this as a warning, I am saying it today that from now onwards any DCC member who moves around threatening others that they will expel you or whatever, I want you to record that person and send that to the commissariat, the security department and national chairman. We want to start removing people who assumed power by default,” he said.