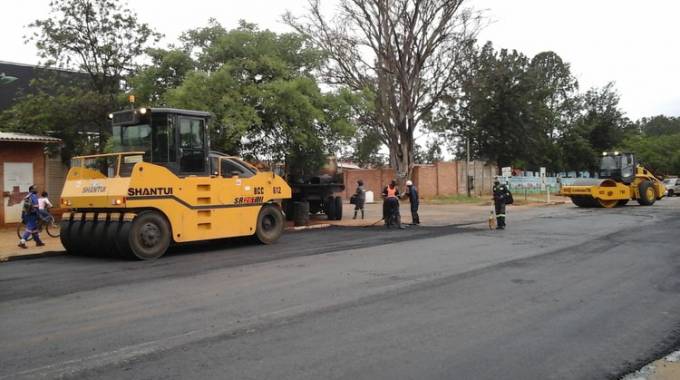 Rumbidzayi Zinyuke
Manicaland Bureau
More than 49 roads in rural Manicaland are in urgent need of repair after they were destroyed by heavy rains.

According to the District Development Fund (DDF), the province has 1 307km of road network that has so far been assessed and require $120 million for rehabilitation.

The figure could increase significantly as the assessment is still ongoing.

Speaking at the launch of the emergency road repair programme in Buhera yesterday, DDF provincial manager Mr Robert Chawatama said the programme was meant to improve trafficability of roads affected by the heavy rains.

Nyazvidzi parallel road in Buhera was the first to benefit from $40 million that was released by the Zimbabwe National Roads Administration (Zinara).

“So far we have identified 49 roads with a total of 1 307km. We are still carrying out assessment of more roads in the province. A contractor, Field of Hope, has been mobilised to start work on Nyazvidzi parallel road in Buhera district, a stretch of about 96km,” he said.

Manicaland has a total rural road network of 4 205km of which 95 percent is in a deplorable state due to the incessant rains.

Villagers welcomed the initiative to repair the roads as it would bring relief to communities in affected areas.

“This road has been bad for many years and it was made worse by the heavy rains last month,” he said.

“Even those who use bicycles and scotch carts were finding it hard to travel.

“The rehabilitation programme will make it easier for us to go about our business,” said Mr Webster Mvenge from Ruvinga village in Buhera south.

“As a district we are concerned about the general state of roads and we applaud the move by DDF to come in and repair them,” he said.