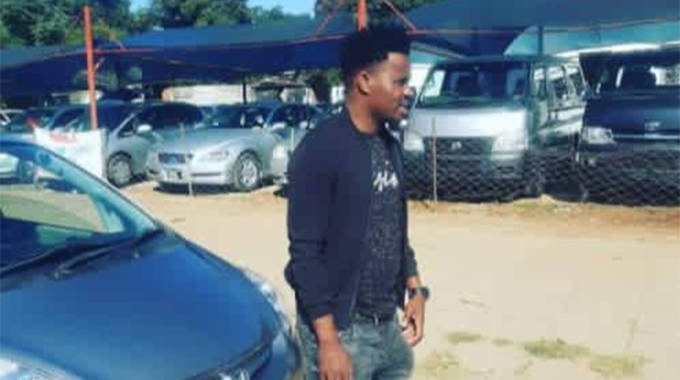 Peter Dube who opened fire killing his wife friend, Gamuchirai Mudungwe and the alleged boyfriend to the wife, Shelton. Dube also shot and injured his wife, Nyasha and her sister Nyaradzo Nharingo and the two are battling for life at Gweru Provincial Hospital ICU

Freedom Mupanedemo Midlands Bureau
A prominent car dealer in Gweru, Peter Dube last night opened fire on four people, killing two and injuring the other two including his wife Nyasha Nharingo following a domestic dispute at their residence in the central business district.

Among the deceased is Shelton Chinhango who was shot at close range while seated in his car as he tried to flee the violent suspect.
Nyasha is in critical condition after she was shot through the neck.

Dube accused Chinhango of having an affair with his wife Nyasha.

When The Herald visited the scene this morning, a body was still lying on the tarmac while the other, believed to Gamuchirai Shoko, was lying on the staircase in a block of flats in the CBD where the incident occurred.

Police were busy barricading the block of flats while dispersing crowds that had gathered at the scene. Police attending the scene said the suspect, Dube has since gone in hiding but his mobile phone was still ringing without being answered.

Police say a manhunt has been launched for Dube.