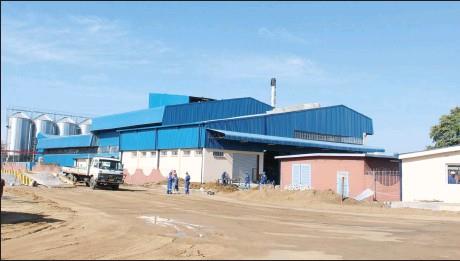 UNB which is headquartered in Midrand produces a range of beer brands in South Africa such as Chibuku, Ijuba and Leo.

The deal is expected to be concluded in the second half of 2019 and will bring Delta’s regional acquisitions to two.

The Zimbabwean traditional beer brewer recently bought National Breweries in Zambia as it seeks to diversify its operations into the region.

In a statement Delta said it will leverage on its 60 years experience in traditional beer brewing.

“The transaction fits well with the company’s multi-beverage strategy and the ambition to consolidate the traditional beer category within the region,” said Delta.

The transaction, which is subject to regulatory approval, is expected to bring the much-needed foreign currency to the Zimbabwean brewer which has had to close its soft drinks plant due to foreign currency shortages.

Delta corporate affairs executive Patricia Murambinda said the soft drinks bottling plants had been adversely affected by the challenges in securing raw materials, leading to extended periods of production stoppages and out of stock situations.

“Of late, the factories have been on shutdown since late November, as evidenced by the current limited market supply of soft drinks.

“The shortage of forex is well articulated, and is beyond the control of the company. In short we are unfortunately heading for a dry festive period. We can only apologise to our valued customers and consumers”.