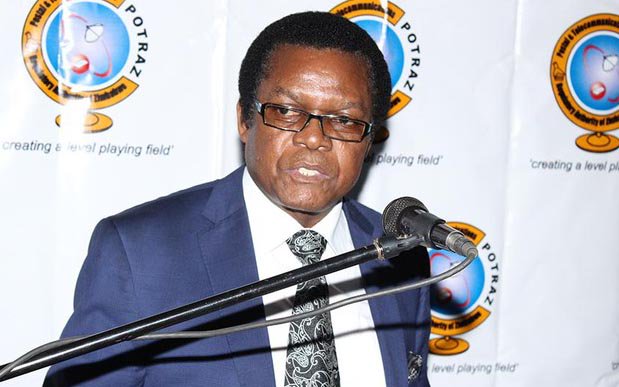 Africa Moyo
The demand for Community Information Centres (CICs) has skyrocketed, amid indications that over 5 000 people across the country have been trained to use computers and the internet, as part of efforts to increase technological awareness.

The Postal and Telecommunications Regulatory Authority of Zimbabwe (Potraz) is spearheading the CICs project where ordinary citizens are taught the basics of using computers and internet. So far, 84 CICs have been established and 24 containerised CICs are expected in the next two months.

In Chinhoyi alone, over 700 people have been trained to use computers and the internet since the commissioning of the CIC in July last year. Potraz director general Dr Gift Machengete says the demand for CIC services has gone up.

“The demand for CICs is unbelievable; it has so far exceeded our expectations,” said Dr Machengete.

More CICs — including containerised ones and brick and mortar structures – would be set up as Potraz seeks to fulfill its mandate to universalise access to ICTs in the country. Dr Machengete said Potraz is required to ensure citizens across the country have access to ICTs, which are increasingly being used across the globe.

“As Potraz, we are supposed to take ICTs to the people. This is not only in Zimbabwe but other countries too, are doing this guided by international best practice. Everything is now revolving around ICT. The CICs are therefore important in training people basic use of computers, the internet and how they can use these to enhance their education, businesses and lives,” said Dr Machengete recently during a tour of the Chinhoyi CIC he said.

In farming communities, CICs are central in availing knowledge on best agriculture practices and weather patterns. Students at various tertiary institutions are also using CICs in their research from digital libraries. Remote areas, which are usually left behind in terms of technological developments, are earmarked to access ICT services from containers.

“We started with provincial CICs and we are now going to all the other post offices. We love to go to districts but right now we are targeting the existing post offices. In the villages, we will put up containers depending on the demand,” said Dr Machengete.

Meanwhile, Potraz head of technical services Engineer Nicholas Mazhuzhu said Government is still determined to establish the cause of the internet outage that hit the country on December 5 last year.

Preliminary investigations have shown that contractors damaged fibre optic cables in Musina, South Africa and in Kuwadzana, Harare, but Government is keen to establish if the damage to fibre optic cables was accidental or an act of sabotage.

“Things happened in such a short space of time; first to go down was the Liquid (Telecom) fibre (cable) in South Africa just outside Musina at 11:36 am. Some contractor was working there and he knocked out fibre carrying international traffic from Zimbabwe.

“Within 11 minutes, at 11:47am to be specific, another contractor working almost 27km away damaged fibre cables carrying international traffic to Zimbabwe as well.

“So we were left with fibre going through Mozambique and Botswana. But at 15:37pm, another contractor working in Kuwadzana also damaged. This is rare and other State bodies are also investigating to see whether these (incidences) were accidental or calculated,” said Mr Mazhuzhu.