ZIMBABWE’s democratic space continues to shrink under President Emmerson Mnangagwa’s rule despite government claims that several good laws have been crafted or aligned with the Constitution in line with international democratic requirements. 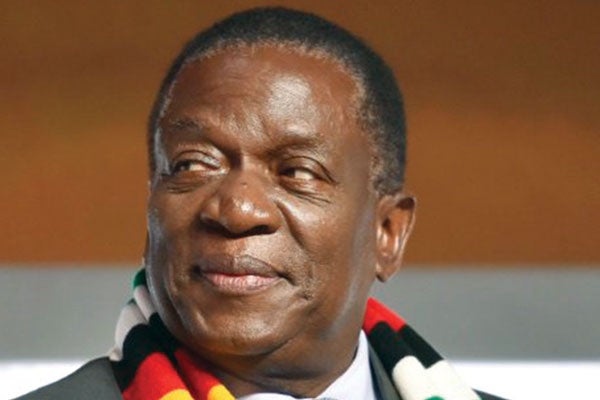 Analysts said the continued bludgeoning of civil servants and opposition supporters whenever they want to express dissent over the high cost of living and measly salaries, is a sign of a desperate government trying to maintain the status quo.

They said the crisis in Zimbabwe has been worsened by continuous politicking in Parliament where the main opposition has been walking out on Mnangagwa’s addresses in the House; as well as disruptive behaviour by Zanu PF MPs whenever the Public Accounts Committee, chaired by Tendai Biti, is investigating government over serious financial misappropriations.

Several MDC supporters and unsuspecting public were left severely injured last week following a gathering where opposition leader Nelson Chamisa was to deliver his party’s Hope of the Nation Address.

The main opposition MDC MPs boycotted the 2020 national budget statement presentation. In retaliation, Zanu PF MPs also blocked an anti-corruption investigation into the Command Agriculture programme which was allocated US$2,8 billion in 2017 and US$3,5 billion in 2018
without Parliament’s approval.

Constitutional lawyer James Tsabora said the crisis in Zimbabwe emanated from the State’s hard-handed response to civil action, as well as attempts to hide State corruption through disruption of parliamentary committee work.

“The democratic space has shrunk due to the national economic crisis. First of all, the State response to the public protests has not changed after the passage of the Maintenance of Order and Peace Act (Mopa) which, like the previous Public Order and Security Act (Posa) has not motivated any change in the behaviour and attitude of the police against public protests by the opposition or civil servants,” Tsabora said.

“With the coming of the new Constitution, there was hope that the democratic space will expand, but like Posa there is no expansion and police heavy-handedness has increased.”
Tsabora said the negative political feelings proliferating in the country have now affected Parliament business.

“The Public Accounts Committee is doing a good job by exposing corruption, but the disruption of its proceedings is a cover up of graft. The Constitution is clear about transparency and accountability, as well as good governance and disruptions of PAC are a sign that it is doing its work, as well as an attempt to stop it from exposing corruption. Parliament is, however, a political institution and disruptions are expected,” he said.
Political analyst Eldred Masunungure said since the July 2018 elections, political space for non-Zanu PF actors had shrunk at an alarming rate.

“All this is linked to the political stalemate in the country which leads to deep partisanship essentially between Zanu PF and the MDC. It results in that if doctors and other civil servants want to demonstrate they are pigeonholed in one of the political parties and associated with the opposition and yet their grievances are rooted on the imploding economy and are genuine.
“At State institutions like Parliament, we are also seeing these partisan games playing out and rendering the Parliament process of oversight unfunctional. It is a reciprocal political game where the MDC boycotts Mnangagwa and now Zanu PF has discovered a counter weapon by sabotaging committees headed by the MDC,” Masunungure said.

He said these political games are then used to hide government corruption where there have been financial leakages to cartels linked to the ruling elites.

“On paper and in domestic and regional forums government is pretending that the democratic space is there, but in practice there is shrinkage,” Masunungure added.

“The embattled regime is only resorting to their last option of bullets, teargas and batons to maintain their access to the national Treasury. What matters most to them is sustaining their presence,” Dube said.