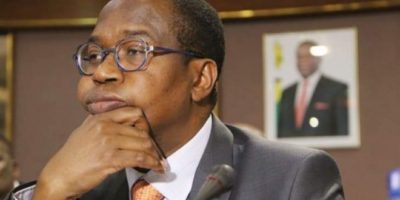 FINANCE minister Mthuli Ncube announced a budget surplus of ZW$800 million, about US$9,6 million, (after factoring in outstanding payments) for the half-year to June 2020.

This is not the first of its kind during his regime as the country witnessed periods of surplus in 2019. He attributed the surplus to fiscal consolidation brought about by the Transitional Stabilisation Programme (TSP).

Revenue collection is estimated to have surpassed target during the surplus period by 6,7% from January to June 2020 (ZW$34 billion or US$411 million, according to Zimra Quarterly reports). Generally primary government revenue is an aggregation of tax collections and payments for government services.

A negative mismatch between revenue and expenditure is primarily financed through borrowing, which is merely financing through future tax revenue. Therefore, the ideal situation is to strike a balance between government revenue and expenditure. In contrast, expenditure for the same period is estimated at ZW$30 billion (US$362,8 million) and was disbursed as shown below.

However, a question arises; do the figures point to fiscal sustainability or it is merely a cyclical budget surplus? There are different ways to answer this but a more practical one is to assess past performance in terms of government expenditure and tax revenue collection. This gives room for significant inference into the future. In this regard it may be too early to reach a concrete decision for the current administration. However, they seem to be heading in the right direction in so far as fiscal sustainability is concerned, for the year 2019 to midyear 2020.

How so?
To answer that we need to look more on the determinants of fiscal sustainability. The main determinant is the debt to GDP ratio.

A higher increase in debt-to-GDP ratio in contrast to GDP growth rate implies that debt is increasing faster than economic growth. This poses a threat of debt spiral and then default which is penalised by further interest on arrears.

Over the years, debt and interest expenses have been increasing and currently, public and publicly guaranteed external debt stands at about US$8 billion (about 35% of GDP).

The situation is exacerbated by the fact that, of the total country’s public debt, 73% is arrears expenses which increases the opportunity cost of interest expense, a dollar spent on interest arrears is a dollar not spent on road infrastructure. Surely this is unsustainable and need sacrifices to curtail it if the country is to get back to sound fiscal standing.

What it means then is that there is need for a primary budget surplus (government revenue more than non-interest expenditure). This means that the government will be spending within its means — balancing unlimited human needs against limited resources and having extra revenue, which can be directed towards interest payments in order to reduce the interest burden. With this in mind it makes sense to commend the fiscal authorities on taking steps to address the debt and interest burden through fiscal consolidation in a sustainable manner.

However, most people have raised concerns that a sustainable primary surplus must be premised on two aspects; revenue collection and expenditure management.

The fiscal authorities seem to have performed better in the former through modernisation of revenue collection systems and curbing of leakages, but the latter still needs to be improved on. It is understandable though because some expenses were unavoidable such as Cyclone Idai response packages, drought and recently Covid-19 relief expenses.

It must also be borne in mind that in practise fiscal management is fraught with practical difficulties.

Expenditure obligations are difficult to change in the short to medium term because most government expenditure is bound by contractual agreements which make it difficult to effect abrupt changes without legal consequences. This differs from taxation, which is easier to manipulate to achieve revenue targets. Thus, it provides a glimmer of hope to note that, for the period to May 2020, expenditure has been contained within budgeted parameters as shown below:

Yes, the high debt-to-GDP ratio, above the statutory provision of 70%, according to 2019 budget, and associated debt interest calls for a primary budget surplus. It is a prerequisite in addressing the dual challenge of debt and interest expenses. The surplus will stabilise debt since borrowing will be curtailed. The extra revenue will then need to be directed towards interest payments.

Also, considering that the country is under fiscal restraint from multilateral financial institutions it makes economic sense to undo previous fiscal challenges. It serves to lubricate international relations which are necessary in supporting the country’s ability to fulfil mutual obligations to citizens even in times of economic shocks. Huge budget deficits without associated level of economic growth usually trigger currency depreciation.

In contrast, some have advocated for fiscal stimulus. The reasoning being that, spending more stimulates economic growth. Consequently GDP will grow faster and will translate to increased government revenue through increased tax collections. Eventually, the increased revenue will add up to primary budget surplus and overall budget surplus. But, the Zimbabwe economic environment is not conducive for such extreme stimulus at the moment. We still need to do more on policy side to attract long term investment which can sustain significant GDP growth.

There are underlying economic fundamentals, such as inflation, investor and consumer confidence, which must be addressed before the country can spend its way out of economic challenges. After all, not all deficits (driven by huge expenditure) can stimulate significant economic growth.

Recommendations
For now it makes economic sense to push for fiscal consolidation and grow primary budget surplus. The main focus should be efficient revenue collection and expenditure control. However, expenditure cuts must not be at the detriment of people’s living income.

Focus must be on rationalising contracts of senior civil servants and rationalising public service staff through natural attrition — Covid-19 has taught us that we can do as much the same work with less people. Subsidies on maize and transport cannot be into perpetuity, once people earn enough they must fall off.

The Treasury must continue to build a track record of fiscal discipline, as it counts in assessing fiscal sustainability, which is crucial in attracting investors and financial aid in times of economic shocks like the recently experienced disasters, Cyclone Idai and Covid-19.

Covid-19 induced economic downturn may dampen tax collections which will result in less than projected government revenue, this calls for a corresponding cut in expenditure if the budget balance is to be maintained.

There is need to embrace a more inclusive growth plan that incorporates the private sector, particularly in infrastructure investment, for example, public private partnerships, Build Operate and Transfer, Build Own Operate and Transfer etc. This entails tackling mismanagement of state enterprises, corruption and low business and consumer confidence, among others.

Tazvivinga is a Development Economist based in Pretoria, South Africa. These weekly New Perspectives articles are co-ordinated by Lovemore Kadenge, immediate past president of the Zimbabwe Economics Society. — kadenge.zes@gmail.com or mobile +263 772 382 852.