Deputy Attorney-General Nelson Diaz was yesterday accused of stalling proposed amendments to the Mines and Minerals Act when he appeared before the Parliamentary Portfolio Committee on Mines. 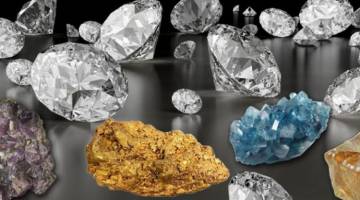 Diaz appeared before the committee together with Mines permanent secretary Onesimo Mazayi Moyo to speak on the Mines and Minerals Act amendments when MPs accused him of being responsible for failure to meet the October 2019 deadline to draft the Bill.

Moyo had told the committee that the Mines and Minerals Act amendments were pivotal for investor confidence in the country.

“This Bill is extremely important in attracting investment into the mines sector in the country because if investors do not see us having a stable legal environment, they will wait until the Bill is crafted to see if the environment is favourable,” Moyo said.

“It brings clarity to stakeholders and helps the country achieve a US$12 billion mining industry by 2023 and will also pave way for the implementation of the mining cadastre system and increase security of tenure and end mining title disputes, which are untenable at the moment.

“The amendments will also bring competitiveness of Zimbabwe as an investment destination and will complement other pieces of legislation.”

He told the committee that the snail’s pace in completing the drafting was not caused by the Mines ministry, as they had submitted their draft to the Justice ministry, which they blamed for the delay.

The Mines permanent secretary also said failure to amend the Mines and Minerals Act would stall crafting of other Bills like the Precious Stones Bill, the Gold Trade Bill and the Exploration Bill.

MPs then blasted Diaz saying he was responsible for the delay.

But Diaz told the committee that it was not his fault as he only has four junior lawyers to do drafting in his department.

He said his department was inundated with other laws that needed drafting like the Constitution of Zimbabwe Amendment Bill and the Cyber Crime and Cyber Security Bill, which are now before Parliament.

“I apologise for the delay. We have many challenges in the office, where my colleagues are young and inexperienced and we have a team of four dedicated to drafting. Important Bills are also coming up for drafting,” Diaz said.

Legal adviser in the Justice ministry, Jacqueline Munyonga, added that the drafters had been booked at hotels to speed up work on the Bill and that they were now halfway through drafting the Bill.

This further angered MPs, with Bikita West MP Elias Musakwa (Zanu PF) saying: “The deadline as per our Kariba resolutions was October 20, 2019 and you missed that deadline and now you are coming here to tell us that you have done 50% of the work. It means you need another year to have a breakthrough.”

Other MPs accused Diaz and his team of wasting taxpayers’ money by staying in hotels and suggested that the Justice ministry should be given two weeks, after which they must report to Parliament that they have completed drafting the Bill.

“If I gave the impression that in the next 14 days we will be finished, then I am sorry. I cannot say we will finish in two weeks or one month, but with the level of work we achieved last week, if we have another two weeks, we can do a lot,” Diaz said.

Mutasa Central MP Trevor Saruwaka (MDC Alliance) said the committee was barking up the wrong tree and suggested that Justice minister Ziyambi Ziyambi and Attorney-General Prince Machaya be summoned before Parliament to explain the delays.