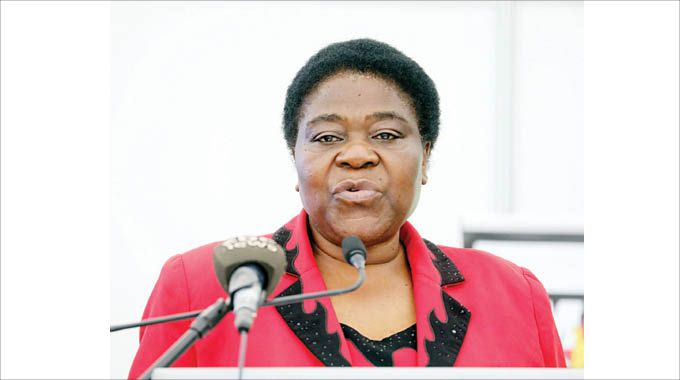 Robin Muchetu, Senior Reporter
BUDDING entrepreneurs have been encouraged to develop both economically and infrastructurally, old suburbs that were first built in Bulawayo in a bid to improve the status of the communities around them.

This was said during the official opening of Dee and Noe Butchery in Luveve suburb yesterday by the Minister of State for Bulawayo Provincial and Devolution Affairs, Cde Judith Ncube.

The butchery, which is located at a popular shopping centre, Chigumira, is owned by businessman Mr Decent Sibanda.

“This is a big day for the city and our history where we have young people who have done a sterling job and we have come to rally behind them in their new venture. The building is the first of its kind in Luveve suburb which is one of the earliest suburbs to be built in the city.

“I encourage all young people to follow suit and create employment and occupy spaces as young people. The entrepreneurs said they are also continuing with more developments as they are putting a fast-food outlet too to allow people to access various services,” she said.

Cde Ncube said young people should take opportunities that are presented to them and thrive.

“Young people must rise to the challenge, I am glad the business owners are willing to groom young people to be entrepreneurs so we must borrow a leaf from these young people and learn how they have managed to do such a venture. This will enable us to develop the City of Bulawayo even further,” she said.

Cde Ncube said this is in line with President Mnangagwa’s thrust of encouraging youth participation in building the economy.

She also said the new building must be safeguarded. “I urge the residents and the community at large to treasure this new asset and keep it clean and free from vandalism as it is beneficial to them. They also need to ensure Covid-19 regulations are followed as people access the new facility,” she said.

A company representative, Mr Stephen Sibanda, said the facility was built during the initial lockdown period after the pandemic was detected in the city.

“We built this from scratch in March 2020. We are into cattle ranching and we decided to open a butchery to supply the community with meat. We decided to focus on Luveve as an old suburb and give it a facelift by building a modern building that the community can access.

We also employ local people here as a way of giving back to the community that has allowed us to be in their midst,” said Mr Sibanda. – @NyembeziMu.