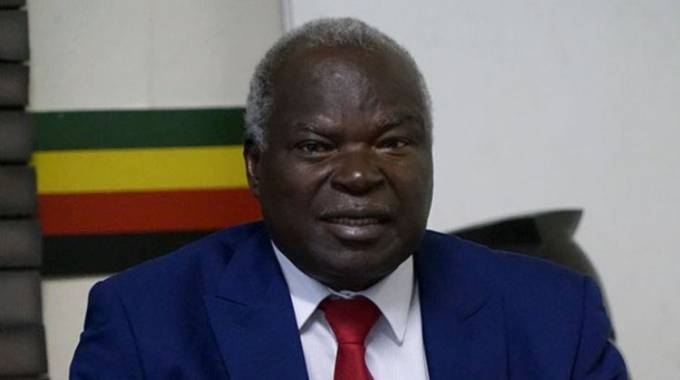 Promulgation of Constitutional Amendment (No.2) Bill will mark a big step towards full implementation of devolution, it has been learnt.

Government is determined to devolve power as part of broad measures to promote development is various localities around the country.

“Devolution is already happening. It is only the uninitiated who do not how devolution works,” he said.

“It is captured in two chapters of the Constitution. The first chapter deals with the institutional framework, which involves setting up of the provincial councils, among other things. It is that aspect which is problematic because we have to amend the Constitution and that amendment was gazetted and we are just waiting for the relevant Parliamentary procedures.

“The second aspect, which has nothing to do with any the institutional arrangement, is the financial arrangement and that is taking place already. That is why we are giving money to local authorities every year since the new dispensation started.”

A group of civil society organisations (CSOs) under the auspices of the Citizen’s Devolution Taskforce last week railed against Government for superintending over “slow” implementation of devolution, among some of the supposed failures.

“Since the promulgation of the 2013 Constitution, seven years ago, progress in the implementation of devolution has been largely inadequate.

“Government points to the setting up of an Inter-ministerial Cabinet Committee on Devolution chaired by the President and deputised by the Minister responsible for Local Government, the disbursement of Inter-governmental Fiscal Transfer (IGFT) funds to local authorities, development of principles for the amendment of the Provincial Councils Act, and the proposed amendments of provisions on devolution in the omnibus Amendment Bill No. 2, as indicative of its political will to implement devolution,” the grouping said in a statement.

“The Citizen’s Devolution Taskforce contends that Government efforts at devolution implementation, thus far, have been inadequate for a process that requires whole State redesign with far-reaching implications on people’s daily lives.”

Minister Moyo insists that the steps made by Government so far were above board.

President Emmerson Mnangagwa, he added, had directed the release of funds to all local authorities in terms of Chapter 17 of the Constitution.

“All 92 councils and 10 provincial councils are receiving funds allocated by the Parliament of Zimbabwe in an Appropriations Act, which is piloted by the Minister of Finance and Economic Development.

Government last year gazetted the Constitutional Amendment (No.2) Bill, which will facilitate the setting up of Provincial and Metropolitan Councils.