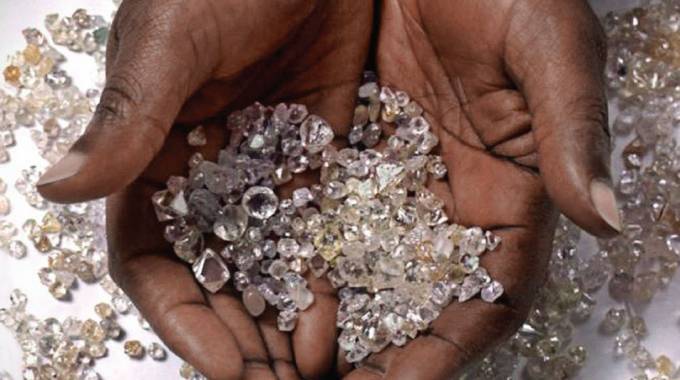 ZIMBABWE is set to unlock value from its diamond stockpile of over one million carats as Covid-19-induced lockdowns around the world continue to be eased and markets open up.

The Minerals and Marketing Corporation of Zimbabwe (MMCZ) has said it is getting ready to sell the country’s diamond stockpile, in a move expected to boost the country’s coffers with the much-needed foreign currency.

The country is set to earn up to US$100 million from the sale of its diamond stash.

In an interview, MMCZ managing director Mr Tongai Muzenda said the diamonds would be auctioned “anytime soon” as “quite impressive offers” are being made.

“We have quite a substantial stockpile to sell. Anytime soon we will be able to sell the diamonds. We have received a number of inquiries and we are looking at all the offers and choosing the best option for us to get the most from our diamonds,” he said.

Mr Muzenda said initially, the MMCZ had wanted to sell the diamonds in February this year, but the parcel was recalled.

“In February we did not get the prices that we were expecting. We recalled the parcel. Because of the coronavirus, there was not much that we could do in terms of marketing the stones but now that lockdowns around the world are easing, we are in a position to sell and the offers that we are receiving are quite impressive.”

This comes as the Zimbabwe Consolidated Diamond Company (ZCDC) has made progress in establishing diamond operations in Chihota communal lands, Marondera, after applying for an Exclusive Prospecting Order (EPO) to mine the precious stones.

An EPO confers exclusive rights to prospect for specified minerals in a targeted area.

In a Government Gazette published on Friday, Mines and Mining Development Permanent Secretary Mr Onisimo Moyo said ZCDC had applied for the EPO.

“It is hereby notified, in terms of section 87 (4) of the Mines and Minerals Act (Chapter 21:05), that Zimbabwe Consolidated Diamond Company (Private) Limited has applied to the Mining Affairs Board for an exclusive prospecting order, over an area described in the Schedule, in the Mashonaland East Mining District in relation to map reference Chegutu SE 36-9 Second Edition and of the scale 1:250 000, produced by the Surveyor General.

“The applicant intends to prospect for diamonds within the area which has been reserved against prospecting pending determination of this application. Prospecting authority is sought upon registered base mineral blocks within the reservation. Any person wishing to lodge any objection to the granting of this application should do so in writing with the Secretary . . . Mining Affairs Board.”

In 2019, the ZCDC carried out extensive exploration work in the Chihota area, after the company injected US$32 million.

With alluvial diamonds reportedly running out in the Marange area, the ZCDC has been spreading its wings to other areas such as Chimanimani, Kezi, Binga and Mwenezi for exploration.

ZCDC is on a huge expansion drive and is going to produce 4,1 million carats this year, on the back of the conglomerate plant that was commissioned by President Mnangagwa last year.

ZCDC spokesman Mr Sugar Chagonda did not respond to questions sent by The Sunday Mail.

Diamonds have been identified as one of the key minerals expected to back Government’s vision for the mining sector to contribute US$12 billion to the economy by 2023.

Recently, the world’s top diamond company by volume, Alrosa, commenced its operations in Zimbabwe after Government opened the doors for new investors in the diamond sector, which had been closed to foreign investors.

Zimbabwe plans to produce 10 million carats of diamonds annually by 2023.

At its peak in 2012, Zimbabwe’s diamond sector produced 12 million carats.

In addition to Marange, Zimbabwe’s diamond reserves are understood to be scattered in the area stretching from Manicaland to Masvingo provinces, covering over 10 000 square kilometres.