Diaspora comes to the party 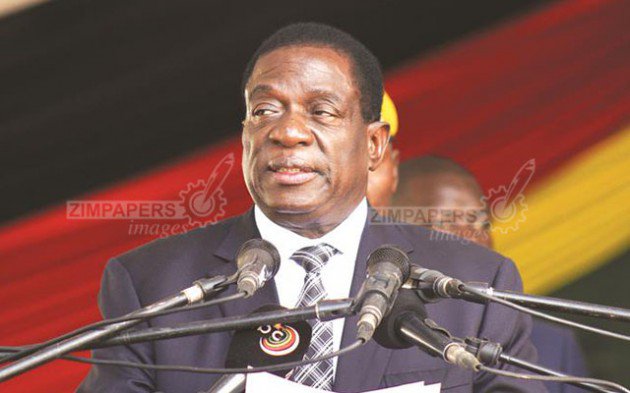 Victoria Ruzvidzo In Focus
Zimbabweans in the Diaspora have largely welcomed the new political and economic dispensation and have registered their vote of confidence in the new leadership and strategies to transform the economy.

We read this to mean that they would want to take part in rebuilding the economy. If yesterday’s meeting between President Emerson Mnangagwa and Zimbabweans resident in South Africa is anything to go by, then the Diaspora has really come to the party.

Thousands of people thronged the Zimbabwean embassy in Pretoria. We hear the event was oversubscribed. And indeed there was so much positive energy to the meeting and the response to President Mnangagwa’s promises and strategies for this country was very warm.

The people were visibly happy and encouraged by prospects of a better business and political environment in which they were welcome to come and partake in. More Zimbabweans are scattered globally and they have registered keen interest to be part of the new Zimbabwe.

Indeed, the past few weeks have seen rare interest and inquiries from the non-resident Zimbabweans as they yearn for good news from home while hoping to seize opportunities. A few weeks ago, the South African media was awash with stories of some Zimbabweans who were already packing their bags to come back home.

They said they would not wait for the manifestation of tangible results of what was to come, but they had confidence that things were already getting better. They say there is no place like home, so it is quite understandable that some have decided to catch the next bus, train or flight back home to reunite with their families and friends in reviving Zimbabwe.

On some social media platforms, groups have already been formed to assess current opportunities in the economy, with a view to investing back home, while others remain curious and expect a minute-by-minute update from here on how the situation is rolling out. These are exciting times indeed.

The Diaspora constituency is a critical component in the country’s socio-economic transformation, hence their interest is most welcome so long it is followed by tangible investment and other aspects through which they can aid economic revival.

Diaspora remittances alone accounted for 28 percent of the $2,8 billion in foreign currency that Zimbabwe received between January and June this year.

I have a few relatives and friends out there, who have said they will soon come back home or will either send funds for investment so they can play their part and more importantly, they say, benefit from the opportunities that abound in the economy.

Most are quite optimistic that this is what they have been yearning for all along – to see livelihoods transforming so they can come back and re-establish themselves. The economy has over the years benefited from its Diaspora in terms of remittances and even the pool of knowledge acquired over the years, but there is much more scope in harnessing resources, intellect, skills and much more that the Diaspora has amassed over the years.

Even during the 2007-2009 era of severe hardships, the Diaspora sustained families and the economy at large through remittances. Indeed, such countries as India, Bangladesh, Ethiopia and Nigeria have been sustained by the Diaspora population, with billions of dollars being sent home annually.

Last year, about $1 billion was sent to Zimbabwe by the four million Zimbabweans believed to be working in South Africa, United Kingdom, Australia and many parts of the globe. This economy is headed for massive transformation no doubt and the Diaspora factor is quite important, if not mandatory to capture.

The full implementation of the National Diaspora Policy Implementation Plan formulated last year by the Government, with support from International Organisation on Migration and the European Union, should serve as a framework for engaging and re-engaging in some instances, with the Zimbabwean Diaspora scattered across the globe.

The action plan, which comprises 80 priority areas that relate to policies and legislation, the intra-governmental-Diaspora relationship, institutional engagement, Diaspora investment, remittances, national socio-economic development, knowing the Diaspora and Diaspora’s rights, among other aspects, has potential to yield results, even in the shortest possible time.

There is so much confidence in the trajectory that the economy has taken and many would not want to be left by this bus that looks set to make the land of milk and honey a real possibility.

“The Government recognises that beyond the remittances from abroad, our Diaspora presents social, economic, intellectual and political capital, a pool of knowledge and expertise which must be harnessed for the benefit of the country,” said Judith Kateera, then Permanent Secretary in the Ministry of Macro-Economic Planning and Investment Promotion, in a speech read on her behalf at the meeting.

She is now the Secretary for the Ministry of Presidential Affairs responsible for monitoring and implementation of Government programmes. Meetings held by Government and Diasporans in the United Kingdom, Canada and South Africa need to be followed through and be spread to other parts of the globe.

President Mnangagwa and his team should keep the momentum and seize the opportunities and potential deals from his SA escapade so that it transforms into tangible projects and programmes.

There is so much scope in building such relationship so that Zimbabwe can realise its full potential. This is also critical in building mutual trust between the Government and the Zimbabwean Diaspora.

For long, the two have held each other with suspicion and yet they need each other. But President Mnangagwa has made it clear that the Diaspora is an important part of the team and the latter seem to be enjoying the new mood.

The Reserve Bank of Zimbabwe Governor Dr John Mangudya has said that the central bank recognises Diaspora remittances as a key and reliable source of liquidity for the country and continues to find ways to improve the remittances market.

In his 2017 Monetary Policy Review Statement, Dr Mangudya reduced licence fees for authorised foreign currency dealers in an effort to enhance the ease of doing business and increase competition in the remittances market.

“The reduction of licensing fees is intended to increase competition in the remittances market and increase remittance access points. The market is, however, encouraged to embrace available technologies and provide options for receipt of remittances into digital wallets, to enhance convenience to remittance recipients as well as and foster financial inclusion,” he said.

A number of measures were also implemented by the central bank to encourage more remittances and the participation of the Diaspora in national development.

It is quite critical that all avenues be pursued to ensure improved participation by the Diaspora in this economy. Such vehicles as the Homelink, created primarily to service the Diaspora market, can be capacitated further so they can harness resources for investment back home. Zimbabwe is the only place that the Diasporans call home, hence they need to contribute towards making it as comfortable as they can.

While many out there are pursuing their career and business passions, others are engaged in menial jobs to support their families and other dependants. We salute such endeavours and believe strongly that given an improved standard of living, they would one day come home to help develop the country.

Zimbabwean doctors, engineers, nurses, teachers, journalists, pharmacists and many others out there could launch skills and technology transfer programmes to improve service delivery back home while bringing the country to international levels technology-wise.

The brain drain of the past two decades could have appeared as a loss initially, but Zimbabwe can now maximise on the human capital and the skills they have attained as a result of the exposure to effectively help transform the economy.

Strategic, targeted and immediate action to harness these is bound to bring great results to this country. Research has already been done on the extent of the Diaspora community, hence the powers-that-be need to get down to business to bring them to team Zimbabwe.

The Diasporans themselves could initiate programmes and projects that will produce results. If the desire and interest shown over the past few weeks is anything to go by, then we can’t even begin to imagine what this country will look like over the next few months

Zimbabwe has lots of space for progressive Zimbabweans, resident and non-resident, hence the Diasporans should also be ambassadors ready to spread the gospel of development on behalf of the Government and its people.

I have never struggled to believe in Zimbabwe and its potential. The interest shown by such all-weather partners as the Afreximbank, the usually rigid International Monetary Fund and other development partners says it all.

Let’s run with the momentum and ensure we achieve the Zimbabwe we want.