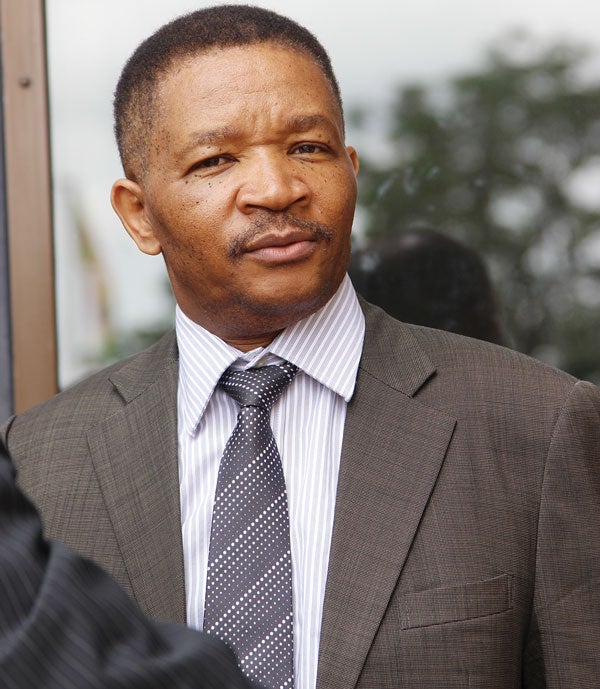 THE Diaspora Infrastructure Development Group (DIDG) has written to its shareholders advising them on the range of options available to the consortium in its spirited bid to salvage the US$400 million National Railways of Zimbabwe (NRZ) recapitalisation bid that was controversially terminated by government last year.

This comes after the consortium indicated that it would slap the NRZ with a US$215 million lawsuit if it proceeded ahead with re-tendering the multi-million dollar NRZ recapitalisation transaction which Treasury was assessing before it was terminated by cabinet at the behest of Transport and Infrastructure Development minister Joel Biggie Matiza.

Prior to termination of the deal, the consortium had nominated the African Export and Import Bank (Afreximbank) as the mandated lead arranger with the primary responsibility of mobilising resources required to roll out the project.

The continental bank has also expressed commitment to inject US$100 million into the project to revive the moribund rail operator. Despite being furnished with indicative funding term sheets totalling over US$1 billion mobilised by various regional banks, Matiza advised cabinet that DIDG had failed to provide funding for the NRZ recapitalisation project.

According to a circular by DIDG to its shareholders seen by businessdigest, the consortium noted that it would continue to engage government in its bid to save the multi-million dollar project, which had passed critical phases before it was dramatically reversed by cabinet.

Among its range of options, DIDG noted that it would also rope in its team of lawyers drawn from across the world and led by Innocent Chagonda to redeem the botched project which was touted as crucial towards reviving Zimbabwe’s floundering economy.

The circular reads: “DIDG Directors believe that the NRZ has been put in an unenviable position by the Minister of Transport and Infrastructural Development who unreasonably has requested that they reverse the work it has done for the best part of the last 4 years and restart the entire tender preparation, flighting, adjudication, and negotiate with a new bidder. It is DIDG’s considered view that this request is not in the interest of NRZ or the Country as such a process undoubtedly would attract further delay, litigation and costs that neither of the negotiating parties and Country benefits from.

“As DIDG we are pursuing all options at our disposal with a singular aim of implementing the transaction. These options include direct engagements with the NRZ and the Government of Zimbabwe, continued engagement and appraisal of the financial institutions involved and legal (avenues).”

Through the circular, DIDG also underscored its long-term investment plans in Zimbabwe, pivoted around luring Zimbabweans domiciled outside the country to invest back home. “Part of our strategy in developing DIDG includes the creation of platforms and structures that allow the broader diaspora to participate in infrastructure development in Zimbabwe and the region,” DIDG said to its shareholders.DIDG was awarded the NRZ recapitalisation tender in 2017.