RAINBOW Tourism Group (RTG) declared a dividend for the first time in 13 years following a successful restructuring of its balance sheet and resolving most of the issues that have dogged the company for years. In the first five months of 2019, the company’s revenue grew revenue by 131% to $25,6 million from $11,1 million spurred by an increase in foreign currency business received across all the company’s hotels. Business reporters Melody Chikono and Cloudine Matola (ZI) caught up with RTG CEO Tendai Madziwanyika (TM, pictured) to discuss the growth trajectory the hotel group has followed. Below are interview excerpts: 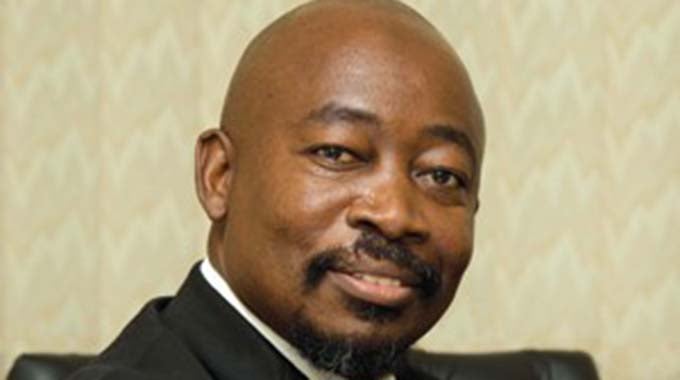 ZI: You have finally restructured your balance sheet after years of struggle. What does this mean to RTG?

TM: The restructuring of the balance sheet means a lot of things for us as a company in the sense that we were over borrowed in the past. In fact, when we started our gearing ratio, which is a ratio between your borrowings and your capitalisation, was about 70%. Whatever money we were using in the business, a lot of it was borrowed and at a very high interest rate.

We really had to go through aggressive restructuring and today we are now talking of gearing ratio of about 36%. We are basically half of the gearing ratio that we had. Now the jury is out in terms of what is an ideal gearing for a company because a gearing of 0% is not an option either. 0% is as bad as 70% because you should be able to invest in projects that give you a better return than the cost of the money. In other words, if the cost of money on the market is 9%, there should be projects that we can identify and borrow against and maybe we can get a return of maybe 15-20%. That means we can use asset base of shareholders to grow money, not only from what they bring directly, but also from money that we are borrowing.

We are excited about the fact that our gearing ratio is now at 36% and we think around 20%, it will be pretty reasonable, it will not over burden the company.

Obviously the cost of it will be important and most of that 36% is structured. in fact, all of it is structured because at that time back then, with the 70%, most of it was unstructured.

In other words, it was money that could be called upon at any time and it could have bankrupted the company, but today it is structured, mainly in the form of a debenture. RTGS$16 million of it is in the form of a debenture to shareholders that is an interest rate of 6% and that is a very good interest rate. We are doing business at much higher returns than 6%, so it is a good leverage for us. We have managed to keep up to date with our debenture commitments. We are able to service that interest and very soon we will paying back some of the capital and our balance sheet is now strong enough to do that.

Our liquidity ratios are great. I think we talked about what we call the current ratio at 1,39%, which is up from about 0,28% last year and an asset test ratio at 1,15%.

Asset test ratio is how what we call quick assets, how much of that you have versus your short-term liability. So it is really your current asset less your stock. As long as you are above 1, its a good ratio. It means a lot for us, we can service our debts, we can now invest in the product. As you noticed, we put US$1,8 million recently into Bulawayo, we did all the refurbishments that have been there since 1952. Shareholders now have a product that is good, if not great.

ZI: Have your debenture commitments been always at RTGS$16 million?

TM: We have zero foreign obligations. All the debt is in local currency. Whatever we are doing, even the expansion in America, we have not capitalised it as such. We have put some working capital behind it in terms of wages and a few stationery items and so on, but we don’t need to capitalise it, so it’s very efficient model.

ZI: What is your working capital position against your requirements?

TM: We are positive to the tune of RTGS$4 million. We have to pay our creditors and that is very big difference as I said previously, compared to when we started. Our working capital gap was about RTGS$26 million in the negative. We are now about RTGS $4 million positive, so it is a swing of about RTGS$30 million.

ZI: How have been affected by the foreign currency challenges in the country?

TM: You know we are fortunate because we obviously generate foreign currency. We do not play on the parallel market at all and we are actually happy that the interbank rate is moving up. We don’t need to play on the parallel market because we got enough local currency to service our local obligations and then we also use foreign currency to negotiate good prices for a lot of our inputs locally and we do obviously have to import a few things. We have a currency to do so.

I can say that we have been buying largely immunised against the ravages, although, of course, some of what we are buying locally might be affected by the forex shortages and people trying to profiteer, but even then you find that if we offer people to pay in nostro, generally we are able to outdo that and if they fail, then we import ourselves anyway.

ZI: How big is local component versus your imports for raw materials?

TM: Well it is probably about 60%. Our imports include refurbishments. Our refurbishment budget last year was about US$2 million, then our procured goods would have been about US$3 million, so we are looking at about US$5 million.
ZI: What are your prospects, going forward?

TM: We are at very fortunate point in our life as a company in the sense that we are now starting to get value for our US dollar. Previously, as you know, we were stuck in the 1:1 regime, which means our revenue was being recognised at 1:1 and now we can start to get value from that. It is starting to make more sense to generate foreign currency in one’s business.

Secondly, our model has been such that we are do want to remain excited on running only the hotels that we own because that is a very inefficient model. What you will be saying to the shareholder is that we want to run a hotel, so give us RTGS$7 million, you put it in there for a return.

Pay back for hotels is about seven to 10 years, so for 10 years, the shareholder is sitting and waiting, but what we are now doing is we have embraced the virtual model which relies on the fact that we have got marketing channels globally and we have got other smaller players out there that do not have the same reach as we do.

What we then do is to sell on their behalf and we get a commission and that is working very well. We have also got into operations to help us to eat into more of value chain. When you consider people who come from Europe and America, they spend maybe about 25% on travel, then there is money in the value chain, we only enjoy 4%.

I think our prospects are great. We also have lovely opportunities for expanding our product, especially in the Victoria Falls. We are going to be expanding hotels and already we have what we call unfulfilled demand, where a lot of people have been wanting to stay with us, but we don’t have enough rooms, so it makes it easy.

ZI: What are you looking at in terms of injecting funds for refurbishments?

TM: In terms of this hotel (Rainbow Towers) we are budgeting about US$2 million for us to do almost 200 rooms, then we will be looking at New Ambassador Hotel in the early part of next year, say December to January 2020, where we are looking at spending US$700 000. On expansions, we are still finalising the scope of expanding our existing hotels. We do believe we will have access to the capital that we need.

ZI: Beside your internal challenges, what have been the broader challenges?

TM: Well, I think the ability of our people to afford generally. You know it’s one thing to talk about generating forex and another to talk about the business doing well, but for a business to be sustainable, it needs people who can afford.

When incomes continue to be eroded by inflation, as it is in the economy, you find that it becomes more difficult, as everybody will be losing something at the end of the day.

We are shielded to that extent by foreigners that are coming in, but somehow, our Zimbabwean companies need to try as much as possible to keep up with paying our people a living wage to be able to afford to eat out at a hotel once in a while. We think that is a pressure point. There is also another pressure point, which is credit. It is very difficult to extend credit, as the ability of someone to service that credit will become a problem. I would say those are the pressure points at the moment.