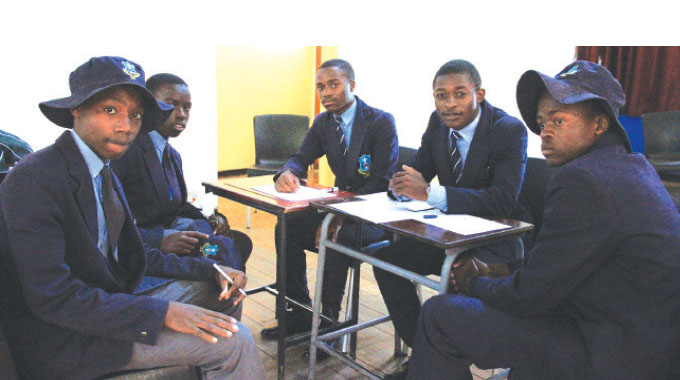 DISCORD has emerged between the Ministry of Primary and Secondary Education and schools, ahead of the first term opening next week, with the former maintaining no school has applied for an upward review of fees while associations insinuate authorities are sitting on their requests.

Government has reiterated it will not tolerate waywardness in the education sector, where schools are proposing massive hikes in fees.

While most Government schools have hinted at fees increases, Minister of Primary and Secondary Education Ambassador Cain Mathema yesterday said no school had made a formal application.

Most schools issued circulars, at the close of last term, indicating various fees structures with former Group B primary schools proposing between $120 and $250 inclusive of tuition and levy, up from a range of $30 to $60.

Parents with children in former Group A primary schools, who had been paying between $70 and $130 got circulars proposing increases of $300 to $800.

Some Government and mission boarding schools have since pegged fees up to $15 000 for students starting Form One, inclusive of uniforms.

Last year, Form One pupils in boarding schools paid between $900 and $2 500 for school fees and part or full uniforms.

In an interview with The Sunday Mail, Ambassador Cain Mathema said all schools were compelled to apply for an upward fees review.

He said schools wishing to increases fees should confine the figure to a maximum of 20 percent of the current amount.

“We have been clear even in the statements that we have made before,” said Ambassador Mathema.

“Every school should first come to the ministry to apply before they increase school fees, which is the procedure. We will not tolerate lawlessness in education.

Added the minister: “I have not received any application from any school intending to increase fees.”

“Schools never charge fees that have not been approved by Government,” he said.

“What is wrong is for the Government to take long to approve those proposed fees increases.

“Prices are going up, so no one can really say this request by schools to increase fees came as a surprise. Schools need to have already procured supplies before opening so that when the children come there is enough teaching material.”

“There is no way a school can review school fees without the approval of the permanent secretary. It is impossible. If there are cases like that I would say they are out of this world,” he said.

Meanwhile, parents and guardians have been going ahead with back to school preparations.

Mrs Getty Mhaka, who has since paid the old fees for her child at Nyahuni Adventist High School, told The Sunday Mail, as she did some school material purchases in Harare’s Central Business District (CBD), that she was making provisional plans.

“It is too much because parents and guardians are earning low salaries.”

Another parent, Mr Samson Mandiziva, interviewed in the CDB, said he was buying school uniforms in batches.

“We have to come back in the next few months to pick up a bit of some more uniforms. We are just buying the basics because we can’t afford to buy the full set,” he said.

A guardian, Ms Linda Kuvheya, said: “It is better to get a tailor to make the uniforms or buy on the streets and bargain for a better price.”