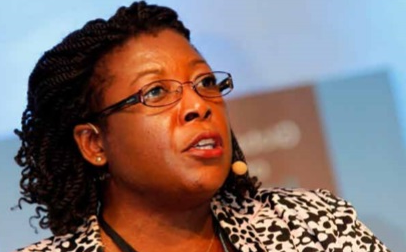 FOR many, the mere mention of Divine Ndhlukula brings to mind Securico Security Services — the award-winning company she formed close to two decades ago — and most probably the fact that she is the immediate past president of the Zimbabwe National Chamber of Commerce.

Not many, though, know that Ndhlukula is a hard-nosed farmer with deep-rooted interests in livestock breeding.
Interestingly, Ndhlukula claims she ventured into farming 26 years ago by default.

She bought Zvikomborero Farm because her brother, who inherited it from their father, had failed to maintain the farm and it was on the verge of being auctioned.

“In short, I think I got into farming by default and not by design. What happened is my late father bought that farm and when he died my brother inherited it because that is what the customary thinking says,” she said, adding:
“But obviously my brother was not a keen farmer.
He held to the piece of land for close to 10 years and did not pay rates.

“At some point he took a loan on the farm and when he failed to service the loan, the farm was almost being auctioned by the bank.”

After taking over the farm in 1992, she ventured into egg production and the breeding of livestock — cattle and goats.
Encouraged by the huge market for goat meat, the award-winning businesswoman commercialised goat breeding three years ago.
“I just had a few goats that I got from my rural home and put on my farm. They started multiplying and when they were now getting to 80, I noticed the scope for commercialising the goat business.

“We then looked for market opportunities and realised that there is a huge market for goat meat. There is a huge gap for constant supply of quality goat meat,” she remarked.
According to Ndhlukula, the first step was to import improved exotic breeds from South Africa such as the Boer and Kalahari red goats.
She pointed out that her business venture is unique because she sells genetics unlike other commercial goat farmers.
“When you are doing study breeding, you are breeding for other breeders. We sell genetics; we sell seeds just like Seedco does.

“Study animals are expensive. When we talk about seed, we sell a goat for $2 300 and it’s expensive because it’s seed. You are not buying a goat but you are buying genetics,” she said.
She added that at Zvikomborero Farm they have programmes in which they train goat breeders on how to commercialise their operations.

“At Zvikomborero we actually run courses for goat breeders. Zvikomborero has been supported by quite a number of NGOs that support rural communities. They send smallholder farmers to our farm for training and buy them breeding stock so that they improve.

“Basically we train people; we want more people to understand the business of goat breeding because people have goats out there in the rural communities but they don’t know how to commercialise,”  said the former Zimbabwe National Chamber of Commerce president.
Ndhlukula, who is vice chairperson of Goat Breeders Association of Zimbabwe, is particularly keen to expand the breeding of Boer goats in the country.

Though Ndhlukula is happy with the strides they are making as goat breeders, she conceded that the sector has not been spared by the economic challenges affecting the country.

“Like everyone else, we are suffering the effects of the current economic situation. The prices for livestock drugs have spiralled out of control and that’s a serious challenge for goat breeders,” she said.