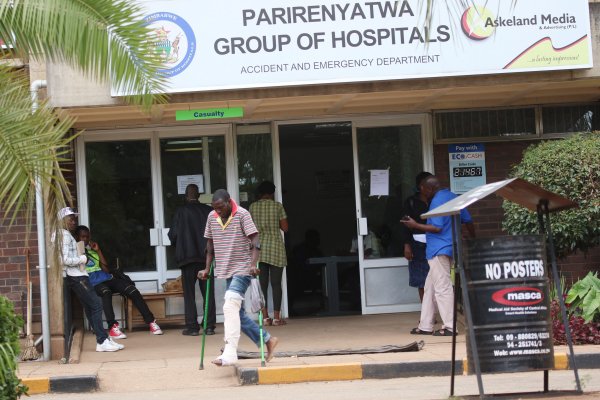 In an unusual show this week, senior doctors staged a surprise protest and put Health minister Obadiah Moyo and the Parirenyatwa Group of Hospitals management on the spot.

Fire fighting for years with meagre resources and makeshift equipment, the specialists finally had enough and spoke out.

In impassioned pleas whose videos have since gone viral, the doctors gave an insight into the “horror hospitals” and shared openly on how people were dying due to the lack of basic drugs and equipment.

Laying out their concerns, consultant surgeon Aspect Maunganidze said the situation had been worsened by repeated industrial actions, which she said had crippled the facilities, reducing them to empty shells and “mere” district clinics.

“We have not been able to recover fully and function as we would want to function. And I think beginning of the year, in an attempt to resuscitate services, we had to be forced to do elective surgery fortnightly,” he said.

Maunganidze said this was a big compromise in terms of service provision.

“And along the way, the shortages of consumables, especially drugs and sundries and in addition to equipment, has made service provision to be compromised,” he explained.
Faced with this calamity, the consultants held a meeting during which they decided to scale down on services in order to live within their means.

“The resources that are available only cater for emergency services, so we agreed that we save those emergency cases and try to rationalise the use of resources so that we will be able to serve the nation,” Maunganidze, who also denied that this was in no way an industrial action or strike, said.

“It is a way of rationalising use of available resources. We have never been on strike, yet we have all these issues; no water for theatre. Things are just bad.”

The doctors face a mammoth task of working without basics, including gloves. There are no bandages and nurses have resorted to washing used bandages and recycling them. This exposes patients to infections.

Many hospitals do not have disinfectants for open wounds like burns, including syringes and patients go for days without antibiotics.