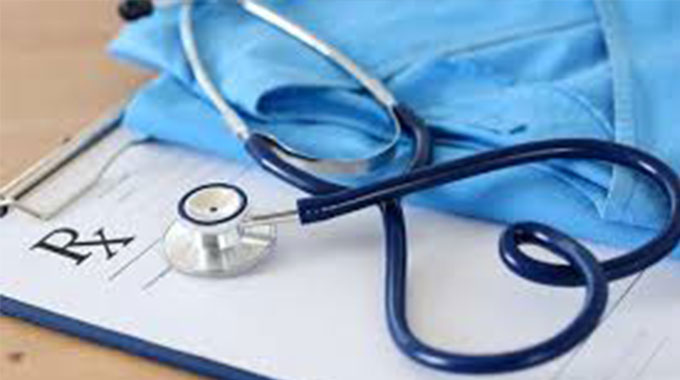 SOME medical doctors are selling Government and patients a dummy claiming, under their respective unions, to have resumed duty when the situation in major referral hospital indicates otherwise.

Our Harare Bureau can reveal that despite announcements by the medical professionals that they were back at work, following nearly four months on strike, patients seeking a number of services in hospitals are being turned away.

There were no admissions into wards and a few “lucky and connected” patients were only being admitted on condition they make private arrangements for their doctors to see them at the institution.

While there appeared to be doctors at Sally Mugabe Hospital (Harare Central Hospital), investigations showed that the institution was not doing admissions.

However, the paediatric sections at both institutions were operational.

Doctors have been on strike since September citing poor wages and lack of drugs in hospitals and clinics.

Over 500 medical professionals were subsequently fired after the Labour Court ruled their industrial action illegal. But President Mnangagwa extended a reprieve to those wishing to return to work.

This was after Government and Econet-linked Higher Life Foundation agreed on a $100 million fellowship deal which would see doctors’ salaries being increased.

The deal spelt out that junior doctors, who qualified for the six-month fellowship, would be offered a $5 000 monthly package, as well as free transport services of up to three trips a day.

An additional $5 000 was offered to doctors who worked during this festive season.

According to Higher Life Foundation, 362 doctors have since applied for the fellowship.

But the situation on the ground, especially in Harare, shows otherwise.

“About 200 junior doctors accepted the Higherlife Foundation fellowship offer and are back at work,” he said.

“Most are at Parirenyatwa Hospital, a good number are at Harare Hospital and others are at Mpilo Hospital.

“The difference from the 362 whose applications were successful may be people who accepted the offer, but will only start work next year.”

Econet spokesperson Fungai Mandiveyi who speaks on behalf of Higherlife Foundation had not responded to questions by the time of publication.

Patients and relatives who spoke to our Harare Bureau at Parirenyatwa Hospital said they were pondering their next move as there were no services.

A Harare man who had accompanied his mother-in-law said they had been kept in a queue for over three hours.

“We have been here since morning, but we have not received any assistance and she is in pain,” he said.

“We have been told to join a queue but we are not sure if there are any doctors around. With her condition, it is clear she has to be admitted, but they are not saying anything.”

A student nurse who preferred anonymity for fear of victimisation said there was not much improvement since doctors claimed they had ended their strike.

“Few doctors have come forward, the few that are back are rarely attending to patients. We can only provide basic care,” said the student nurse.

Contacted for comment, Harare Hospital public relations manager Mrs Juliet Chikurunhe could not provide an update on the situation saying: “I am out of the office. I am on holiday.”

Most patients in Harare are now turning to polyclinics and private medical centres.

However, most of the private institutions are demanding between US$250 and US$500 to admit patients for between three and five days.

Meanwhile, our Masvingo correspondent Walter Mswazie reports that the situation at Masvingo General Hospital was normal, save for the scarcity of drugs.

Efforts to get a comment from the provincial medical director Dr Ammadeaus Shamu were fruitless. His mobile phone was continuously not reachable.