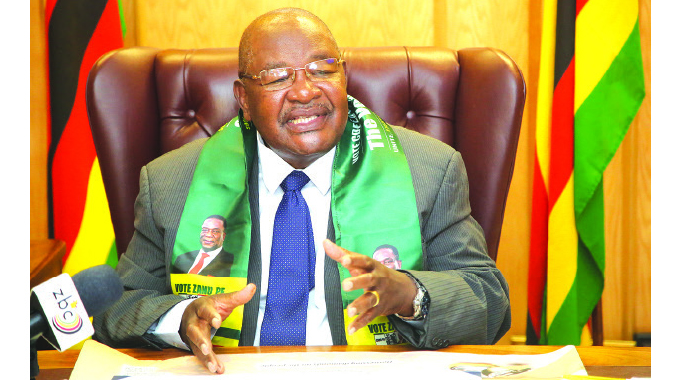 ZANU PF has warned people who are abusing the party’s name and properties to frustrate investments that the law will soon descend on them.

There are numerous reports of some rogue elements masquerading as Zanu PF members, who reportedly engage or assist others to participate in criminal activities, with the net effect of tarnishing the party’s good name.

“I am also appealing to the ZRP to impound any equipment or vehicle that is used in the name of Zanu PF without really having to confirm with us.

“They should impound those vehicles especially those that are using Zanu PF stickers,” said Dr Mpofu.

The stickers are mainly used to get favours at police checkpoints and to harass other motorists.

“The law enforcement agents should search any car despite the sticker. We are receiving reports of criminal activities taking place around the country using the party emblem,” said Dr Mpofu.

“We have also received reports that party stickers are being used by criminals to extort and harass people who are going about their normal daily chores.

“We don’t condone such behaviour. It is unacceptable, illegal, criminal and the party will act on such activities. We are receiving a lot of reports from various provinces about people and individuals who perform some criminal activities in the name of the party.”

Minister of State for Provincial Affairs and Devolution for Matabeleland North Province called Dr Mpofu yesterday advising him that party vehicles in his province were being used to frustrate an investment project that was launched by President Mnangagwa in Hwange.

“Some misguided elements used the party vehicle with the party emblem to frustrate this development and that happened last night (Wednesday),” he said.

Dr Mpofu urged the public to report the characters involved to the police or party immediately when they come across them.

“Zanu PF is a disciplined party and we don’t condone any form of indiscipline on the part of our members. Obviously such actors are not members of the party, they are just infiltrators of the party or criminals who are masquerading as our members,” he said.

Turning to the Independence holiday, Dr Mpofu urged the public to observe Covid-19 World Health Organisation guidelines to minimise the spread of the pandemic.

For the second year running, the celebrations will be held virtually in keeping with measures to minimise or eliminate the spread of the pandemic that has killed over 1 500 people in Zimbabwe alone, and over a million people across the world.