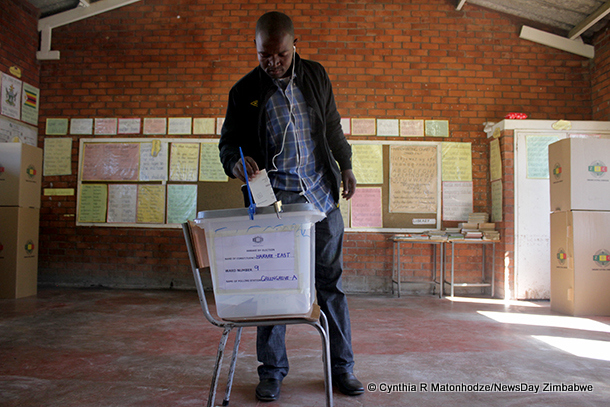 THE Democratic Opposition Party (DOP) has pledged to form an inclusive government comprising of all interested political parties and technocrats after winning this year’s elections.

DOP leader Harry Wilson said an inclusive government was the only answer to the country’s toxic political environment and an economy battered by decades of mismanagement.

“At the end of the day, we are Zimbabweans. It should not be about politics but focusing on economic turn-around efforts. We can only do that if we united as Zimbabweans, bring in the skills from all corners of the world and from other political parties and improve the livelihoods of everyone,” Wilson said at the party’s manifesto launch in Bulawayo last Sunday.

Zimbabwe witnessed sustained growth under the 2008-2013 inclusive government formed by Zanu PF and the two MDCs.

In 2008, the late MDC-T leader, Morgan Tsvangirai had won the first round of presidential balloting against former president Robert Mugabe, but electoral authorities said the votes were not enough to take him to State House.

What followed was a violent runoff poll that saw Tsvangirai quit participating in a run-off election. Mugabe’s run-off election victory was contested, leading to the formation of a unity government.

At the time, hyper-inflation had broken world records, shops were empty, the Zimbabwe dollar had lost value while hospitals and clinics did not have basic drugs.
The unity government between Zanu PF, MDC and MDC-T stabilised the economy.

“This is what Zimbabweans yearn for, and as DOP that tops our list of dos when elected into office,” Wilson said.

President Emmerson Mnangagwa and MDC-T leader Nelson Chamisa – currently described as front-runners by observers – have both expressed confidence of posting resounding victories in the upcoming elections, but gave no indications of planning to form a coalition government.