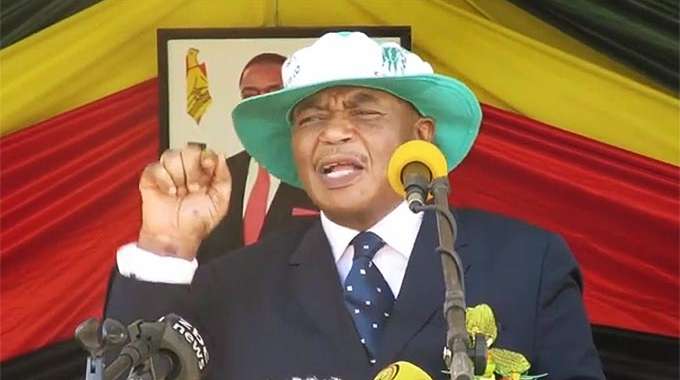 VP Chiwenga made the remarks at a field day at President Mnangagwa’s Pricabe Farm outside Kwekwe where he also commended the Head of State and the First Lady, Auxillia for leading a thriving farming business despite their busy schedules.

VP Chiwenga said the President’s example was in sync with Government efforts to improve efficiency on all farms and farming areas as a way of reviving the economy and restoring the country’s status as the food basket of the region.

“We are gathered here at President Mnangagwa’s farm to appreciate his work as a successful farmer in Zimbabwe,” VP Chiwenga told thousands of farmers who thronged the President’s farm for the field day on Thursday last week.

“We should emulate his good work so that agriculture, which is the backbone of our economy can contribute more to our GDP.

“I want to tell you that the agriculture sector constitutes between 15 to 18 percent of the country’s GDP but if we can all farm efficiently, the sector’s contribution to the GDP will then rise to about 30 percent and if that happens, we can start exports to our neighbours.

“Such production figures will restore our status as the food basket of Africa and that’s where we want to go as a nation,” he said.

President Mnangagwa has consistently said Zimbabwe’s economic revival under his leadership will be anchored by agriculture and mining.

In his inaugural speech after his assumption of duty as Zimbabwe’s second Executive President, President Mnangagwa urged farmers to take advantage of Government’s empowerment programmes to increase productivity on the farms.

“I exhort beneficiaries of the land reform programme to show their deservedness by demonstrating commitment to the utilisation of the land now available to them for National Food Security and for the recovery of our economy,” said the President in his inaugural speech.

“They must take advantage of programmes that my Government shall continue to avail to ensure that all land is utilised optimally. To that end, my Government will capacitate the Land Commission so that the Commission is seized with all outstanding issues related to land redistribution,” he said.

To date, the hugely successful Command Agriculture programme has been extended to the livestock sector and Government is continuing with programmes like the Presidential Input support scheme, residential Cotton Input Support Programme as well as schemes for tobacco, soya beans and wheat.

VP Chiwenga also told the gathering that Government was up scaling efforts to promote irrigation so that farmers couldn’t continue relying on natural rains whose reliability is being affected by climate change.

Over 12 tonnes of maize are expected per hectare.