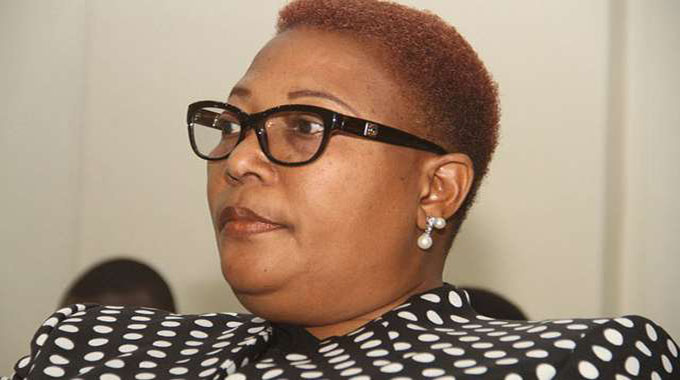 Vusumuzi Dube, Senior Reporter
MDC-T interim president Dr Thokozani Khupe has reportedly sent emissaries to senior members of the MDC-Alliance led by Mr Nelson Chamisa to seek support in a bid to ward off pressure from secretary-general Mr Douglas Mwonzora for the top-most position in the party.

Dr Khupe who is likely to face off with Mr Mwonzora for the position of party president is reportedly making inroads into Mr Chamisa’s close allies especially in Bulawayo with the hope of convincing them to attend the pending extraordinary congress and fend off the party’s secretary-general’s attempt to wrestle power.

Two weeks ago it was reported that some councillors and MPs in Bulawayo, fearing a recall by Dr Khupe, were advocating for a settlement between Dr Khupe and Mr Chamisa, failure to which they would join the former Deputy Prime Minister.

Party insiders have revealed that a number of councillors and MPs in the province and senior members of the MDC-Alliance provincial structures have already committed themselves to attending the extraordinary congress.

However, Dr Khupe’s spokesperson, Mr Khaliphani Pugeni refuted the allegations claiming the party leader had more class than to nicodemously approach Mr Chamisa while knowing the true party position regarding him.

“There is no basis at all to those reports, as you might know after the Supreme Court judgement and the actions by Mr Chamisa thereafter, the party wrote a letter expelling him, a letter that was signed by Dr Khupe.

“Therefore, it cannot work for Dr Khupe to then go against the party position to nicodemously approach Mr Chamisa. In actual fact, I believe Dr Khupe has more class to do such an act, people chose the path they took after the Supreme Court ruling,” said Mr Pugeni.

He said the party was now focused on holding its extraordinary congress and would not be distracted by people who only wanted to cause confusion within its ranks. Sources close to the developments, however, revealed that Dr Khupe had approached the party leadership in Matabeleland who had pressured her into approaching the Chamisa faction so as to counter the rise of Mr Mwonzora.

It is further alleged that Mr Chamisa’s allies are now becoming sceptical noting the number of court cases that they continue to lose to Dr Khupe’s MDC-T. Supreme Court judge Justice Bharat Patel, sitting with Justices Paddington Garwe and Antonia Guvava, early this month ruled that Mr Chamisa was not the legitimate MDC leader in terms of the party’s constitution and subsequently ordered the convening of an extraordinary congress within three months to elect a new president.