HIGH Court judge Justice Pisirayi Kwenda yesterday said the infamous Drax International COVID-19 tender scam, which has led to the arrest of Health minister Obadiah Moyo for criminal abuse of office, was too hazy and suspected the company’s local representative Delish Nguwaya was withholding critical information on how he clinched the deal without following formal tender procedures. 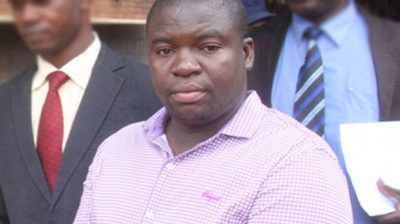 Justice Kwenda made the remarks during Nguwaya’s bail hearing following his arrest two weeks ago on charges of fraudulently getting the US$60 million COVID-19 medical and equipment supply deal.
Before he deferred bail ruling to next Wednesday, Justice Kwenda said the way the controversial deal was concluded was opaque.

Nguwaya was arrested a fortnight ago after he allegedly misled government into believing that his company Drax International, also known as Drax Consult SAGL, was a medical firm and could supply COVID-19 equipment to the Health ministry.

During the bail hearing, Justice Kwenda asked Nguwaya’s lawyer Tafadzwa Hungwe to enlighten the court on how the government ended up signing a contract with Nguwaya’s firm well knowing that his company was simply a consultancy firm.

The judge said the whole Drax International issue was not being clearly examined because there were signs of interference with key witnesses in the matter.

“This case is clouded by mist, I cannot properly follow. The circumstances of this matter speak to some interference with information … Something is wrong, but again, it is not clear,” Justice Kwenda said.

“The facts tend to speak to hesitation by key witnesses to make some disclosures … The State says if it had known that Drax International was not a drug manufacturing company, it would have not signed a contract agreement … You see, something is not clear, the whole thing is hazy.”

He added: “We know what procurement procedures were supposed to be followed, that is clear according to the Constitution.

“But there was lack of adherence to what the Constitution says … the witnesses are reluctant to deal with real issues, which is already an interference … Why would government officials fail to follow procurement procedures?

“The key witnesses themselves are not telling us what is wrong. Some information is being withheld and I can only assume that it is him who is withholding the information.”

Hungwe defended Nguwaya’s position saying he simply followed what he was ordered to do by government officials involved in the signing of the deal.

“If there is anyone hiding information in this matter, it is not my client, but the government employees especially the permanent secretary for Health,” said Hungwe, who was being assisted by Ashiel Mugiya.

He said his client was a suitable candidate for bail, adding he had disclosed that his firm was into consultancy, and not a drug manufacturer as alleged by the State.

The State alleges that Nguwaya lied that Drax International was a Swiss-based medical firm, whereas it later emerged that it was only a consulting company with no experience in the manufacture of medicines.

State representative Tapiwa Mapfuwa, who was being assisted by Lancelot Mutsokoti, urged the court to deny Nguwaya bail, saying extra-territorial investigations were still ongoing. They expressed fear that Nguwaya could interfere with investigations if granted bail.

But Nguwaya’s lawyers challenged the State’s assertion, saying the government did not lose anything in monetary value since the drugs were supplied and the other contract cancelled.