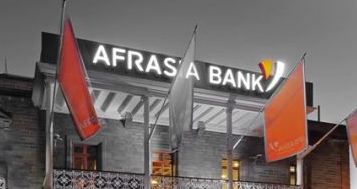 HARARE – Drummond Zimbabwe Holdings has instituted legal action against AfrAsia Bank after a row erupted over a piece of land.

The Mauritian lender AfrAsia closed its Zimbabwe unit in February 2015 after facing cash flow problems and failing to find new shareholders to inject fresh capital in the struggling institution.

The bank was then placed under liquidation by the Reserve Bank of Zimbabwe (RBZ), under Deposit Protection Corporation (DPC).

In its founding affidavit, Drummond told the High Court that the DPC has backed down on its agreement to transfer ownership of the land, located in Bulawayo, into the firm’s name.

AfrAsia has also failed to provide the consent to the cancellation of the mortgage bond, forcing the local company to take legal action against the bank.

“This is an application seeking to institute legal proceedings against the first respondent (AfrAsia Bank) which is under liquidation. In terms of s.213 (a) of the Companies Act, no action or proceedings shall be proceeded with or commenced against a liquidated company except by leave of the court,” the firm said.

Drummond said on May 11, 2017, it approached DPC suggesting a sale of a particular property being stand number 5043A Bulawayo Township measuring 4 124 square metres which AfrAsia Bank had bonded and was holding the physical title deeds for.

However, Drummond realised the bank’s liquidator has not made any moves to cancel the mortgage bond, forcing the applicant to take the matter to the High Court.

“To date, the second respondent (DCP) has failed to provide the consent to cancellation of the mortgage bond and affect transfer but no reason has been proffered to the applicant despite demand,” Drummond said.

The local company noted that due to the bank’s delay, rental income has been lost therefore the decision to file a lawsuit against AfrAsia.

“At this stage, the applicant has exposed itself to suffer loss of rental income on a directive made by the second respondent to sign and enter into an agreement of sale and further incurring the cost of acquiring a new Bank guarantee which expired on November 30, 2018. The buyer remains in occupation of property without recourse of eviction that the applicant can rely upon.

“It is respectfully submitted that the applicant has established good and sufficient cause for leave to be granted as DPC in its capacity as the bank’s liquidator willingly consented to the agreement of sale and further consented to the cancellation of the mortgage bond.

“In the premises, applicant humbly seeks leave to institute proceedings against first respondent.”