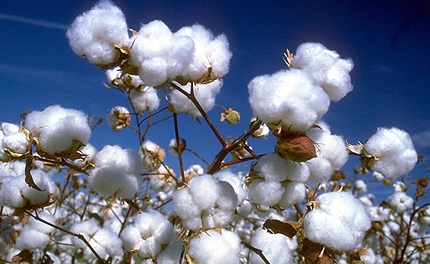 COTTON farmers in Gokwe North are left counting their loss due to the prolonged dry spell that the country has faced in the 2018-2019 rainy season, which drastically affected the crop hence reducing the crop output.

In the past season Gokwe recorded a staggering amount of 31 million kilograms of cotton, retaining its long known glory of being the top cotton producer in the country, a milestone which is now under threat due to excessive heat and below average rainfall.
Speaking to the Daily News, one cotton farmer who is also a chairperson of Nenyunka Cottco depot, Tobias Mpofu said their produce was greatly affected by the dry spell and they have lost hope harvesting anything meaningful.

“What happened this farming season is a great disaster, we have lost our cotton to this severe heat and this will greatly impact our livelihoods as the population in this area survive on cotton farming,” Mpofu said.
He added that this year he expects nothing more than a handful of 50kgs sacks of cotton as the crop were severely damaged excessive heat.

Mpofu said this year’s produce will be far lesser than what Cottco received in the last season.
“We used to get 1 700 bags of cotton from Nenyunka district alone and this time around our expectations were thwarted by the low rainfalls,” he said.

Other cotton farmers also sign posted difficult times ahead as cotton is the commercial hub of Gokwe.
Gokwe Kabuyuni Member of Parliament Leonard Chikomba who is also into cotton farming business said the dry spell has killed Gokwe’s commercial industry as the populace farm for commercial purposes.

“We cannot talk of industry without talking about farming, cotton farming has been Gokwe’s commercial basket for a long time and the current situation is very worrisome.

“The government will have to intervene to save people from the oncoming hunger,” Chikomba said.
Gokwe, according to experts was built from scratch through the revenues from cotton and has grown to contribute to 50 percent of the national cotton output, significantly contributing to the economy of Zimbabwe through foreign currency retention.