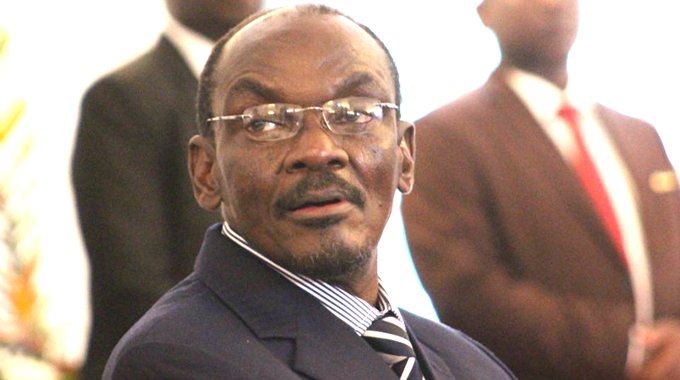 Blessings Chidakwa  and Ellen Chasokela
VICE PRESIDENT Kembo Mohadi on Wednesday said the Development Trust of Zimbabwe (DTZ) which had fallen into slumber over the years has been resuscitated, marking the awakening of an economic and social development giant in the country.

VP Mohadi said the revival follows the dissolving of the old board by President Mnangagwa, who subsequently appointed seasoned business people and experienced professionals, carefully selected from the country’s 10 provinces.

“Today marks a major milestone in the resuscitation of the DTZ since His Excellency, President Mnangagwa appointed me as chairperson,” he said.

“The provincial representation (of board members) is meant to ensure that Zimbabweans from all parts of Zimbabwe have a chance to benefit from work and output of DTZ which is a national asset with great economic and social development potential through its business entities whose flagship is Nuanetsi Ranch limited.

“Nuanetsi Ranch and other DTZ entities have suddenly came alive. I can confidentially inform the Zimbabwean nation that, DTZ which had fallen into slumber into over the years has been resuscitated. The economic and social development giant has awakened,” he said.

VP Mohadi also activated the work committees of the trust and ensured that they shared the trust’s objectives.

“DTZ sub-committees are entrusted in carrying out work of the trust in-between meetings of the trust and work towards achieving the objectives of the DTZ. These objectives will be shared among the three committees that we have set using the mandatory of each committee as reflected in the attached documents entitled implementation and achievement of DTZ objectives as articulated in the trust.

“The rational of sharing the objectives was the key functions of each committee which are executive, finance and human resources, and the business collaboration, legal and marketing functions.

“The new structure of DTZ is now in place and the turnaround of DTZ and its business entities has commenced and it is all systems go and full throttle ahead,” he said.