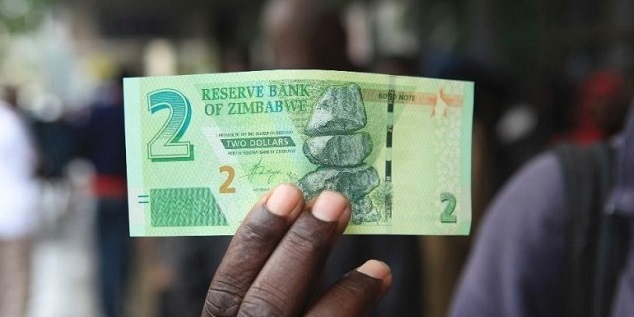 The southern African country introduced the surrogate currency, which government pegged at 1:1 with the United States dollar, in November 2016 as an export incentive to ease an acute cash crisis. However, the bond notes — guaranteed by the Afreximbank — have lost value to the greenback and are trading at 1: 4,5 on the parallel market.

This has seen official inflation peaking at 42 percent in December 2018, after prices of basic goods and services skyrocketed in October last year when government introduced a two percent tax.

Hanke, who rose to fame when he correctly predicted Zimbabwe’s hyperinflationary period in 2008, said there was need for the government to instil confidence in the economy by extinguishing the controversial currency.

“The government must announce that it will not rob the holders of bond notes and RTGSs. They were issued at par to the United States dollar, and they will be redeemed at par by the issuer: the Zimbabwean government.

“The redemption at par will take place over a five-year period. During this period, the government will redeem the bond notes and RTGSs by accepting them as payment for taxes or any other obligations,” he said.

The John Hopkins University lecturer indicated that if credible, the redemption policy announcement will cause the value of the bond notes and RTGSs to climb towards par, creating much-needed liquidity, as well as solvency, in Zimbabwe’s financial system.

“Zimbabwe’s monetary death spiral will come to an abrupt stop. To run down the stock of New Zim dollars to 2016 levels, $1 billion per year should be redeemed over five years. Then, the patient will be deemed to be in remission, and a clean bill of monetary health can be issued,” he said.

Zimbabwe abandoned its own currency in 2009 after hyperinflation reached 500 billion percent, according to the International Monetary Fund. The United States dollar has dominated daily transactions since then.

But due to widespread shortages of dollars, most people must now use a government-issued surrogate currency called bond notes, which are supposed to be equal to a United States dollar, as well as electronic money. Both are quickly devaluing against the dollar on the black market.

Some businesses such as pharmacies are now only accepting United States dollars in cash.

In the fuel sector where the government controls prices, fuel companies are forced to accept bond notes and electronic money for petrol and diesel at the official exchange rate.

The government then provides the firms with dollars to import the products, but the government has not allocated firms adequate funds to import sufficient fuel for the country, leading to the shortages.