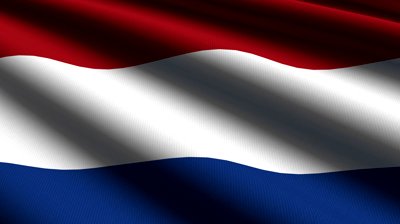 HARARE – A fourteen-member trade mission from the Netherlands is in the country to explore possible opportunities of trade in horticulture and livestock.

Addressing the delegation at an event organised and hosted by BancABC and its partners the Netherlands African Business Council (NABC) and the Southern African Netherlands Chamber of Commerce to promote trade between Zimbabwe and the Netherlands, Agriculture minister Perrance Shiri indicated that Zimbabwe had the land, skill and the good climate conducive for horticulture trade and production.

“While we look for Foreign Direct Investment, we also do not want our local investors to be left behind. We will continue to listen to you for any areas you want us to fine-tune in the quest to create a conducive environment for business.

“I am therefore urging both the European investors and our local investors to work and leverage on each other’s skills and competencies,” Shiri said.

He added that the trade mission was complementing government’s efforts to revive agricultural exports and the sector in general.

“I am glad that this trade mission is focussing on livestock and horticulture. Such a trade mission complements well efforts being made by the current government to resuscitate our agricultural industry,” Shiri said.

Also addressing the delegation, Embassy of the Netherlands in Harare head of mission Barbara van Hellemond said the Netherlands and Zimbabwe have been trading partners for over many years and the agricultural sector is the best example of our close ties.

“The Netherlands is a proud trading nation, trade is in our DNA. There is no doubt the success story of economic development in the Netherlands owes a lot to trade and investment.

“The Netherlands is still the main destination in Europe for Zimbabwean produce. As a small country, much smaller than Zimbabwe, the Netherlands has managed to become the second largest exporter of agricultural produce in the world due to on-going research and development in order to produce food in a sustainable and efficient manner,” van Hellemond said.

Zimbabwe experienced a rapid growth in the horticulture sector in the mid-1980s which peaked in the 1998/99 season. At its peak, the country exported 59 200 tonnes of fresh produce with earnings of about $143 million.

In 1999, horticulture contributed 4,5 percent to the country’s Gross Domestic Product second only to tobacco in the agricultural sector.