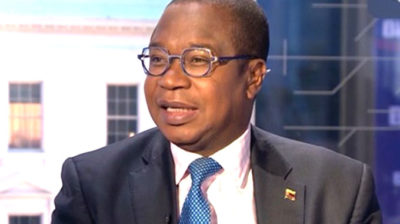 CIVIL servants are set to continue receiving US$75 COVID-19 allowances each until December, NewsDay has learnt. Government had initially indicated that the facility would run for three months from June this year, but further extended it to pacify its restive workers clamouring for stable wages.

Apex Council spokesperson David Dzatsunga announced government’s commitment to extend the period, but said they were expecting to meet the employer on the substantive issues around cost of living adjustments.

“We had a meeting today (yesterday) at 10am and the government agreed to extend the US$75 COVID-19 allowance to December 2020 for all civil servants. Pensioners will also receive US$30 to December 2020,” Dzatsunga said.

Dzatsunga said the parties would reconvene in a few days’ time to discuss the issue of cost of living adjustments.

“The parties are still grappling on the substantive issues of cost of living adjustments on which we will reconvene in a few days,” Dzatsunga added.

The government commitment comes as the Zimbabwe Congress of Trade Unions (ZCTU) has organised Monday lunch-hour protests to force employers to pay salaries that are above the poverty datum line.

Last month, Apex Council president Cecilia Alexander accused the government of not acting in good faith after Finance minister Mthuli Ncube announced that negotiations with government workers were going on smoothly while in actual fact, no negotiations were taking place.

“The Civil Service Apex Council hereby registers dismay at the current absence of dialogue with the employer on the urgent matter of employee welfare in spite of the deepening erosion of income due to inflation,” Alexander said then.

“The dismay is as a result of bad faith on the part of the employer. Although the Minister of Finance has been quoted severally in various media claiming that negotiations are ongoing, the Apex Council would like to categorically state that no talks of any nature are happening.”

Alexander said given the lapse of time since the last meeting in April, it was now clear that government sold the workers a dummy.

“Government should, by now, have responded to the workers’ substantive demands for United States dollar salaries which we gave as a condition for negotiations to recommence.
“It is now clear that the employer is wilfully ignoring concerns of its workers, preferring instead to make unilateral pronouncements and piecemeal interventions that do not address the plight of the workers,” Alexander said.

Government workers have been demanding United States dollar-based salaries or an equivalent in Zimdollars calculated on the prevailing official exchange rate.