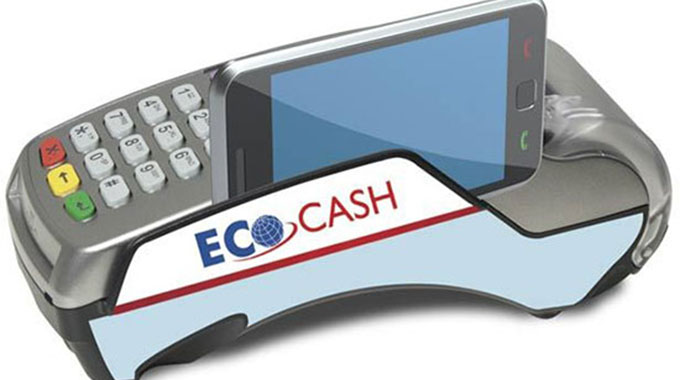 The service allows customers to conveniently convert their United States (US) dollar nostro from their foreign currency account (FCA) wallets to their RTGS wallets via USSD in real time.

At the time of the launch yesterday the exchange rate stood at ZWL$10,80 to the US dollar.

The innovation enters the market at a time when numerous customers have been short-changed of their hard-earned foreign currency through paying premiums on the parallel market.

Addressing partakers at the launch, EcoCash general manager Natalie Jabangwe said the move was necessitated by the need to protect the transacting public from high premiums on the parallel market to as much as 30 percent.

She said the service undoubtedly guarantees safety and convenience at any time.

“We have launched an electronic bureau de change on cellphone where you don’t need to pay premiums to access the service you can now do it alone.

“The application guarantees safety and security, conveniently change your money 24/7, the service will be at prevailing interbank rate which is very competitive,” said Mrs Jabangwe.

Present at the launch, RBZ’s acting exchange control director Obvious Runesu said the central bank had hitherto licensed over 200 bureau de changes across the country while more applications were still trickling in.

He emphasised the need for fairness and serious protection of the public’s money whose significant chunk are remittances.

“As Reserve Bank now we have licensed quite a number of bureau de changes, I can safely say we have about 200 branches dotted around the country it is quite a big figure and we continue to see applications of the service and we continue to license them.

“As a regulator we applaud EcoCash for taking their place in the bureau de change market, one would say they were almost late but that has been a good move, I think the market has been waiting for you.

“We urge EcoCash to be fair and protect your customers. Let’s not forget that the EcoCash FCA wallet is mainly funded from remittances,” said Mr Runesu.

EcoCash, which now controls over 95 percent of the mobile money market and the bulk of electronic payments, was launched in 2011 by Econet Wireless Zimbabwe, 2014 EcoCash debit and virtual card 2017 EcoCash Rand wallet 2018 EcoCash FCA wallet.

It has since frog jumped into 200 countries including South Africa, USA, Namibia, Tanzania, Democratic Republic of Congo, Malawi, China, India, Kenya and Lesotho.