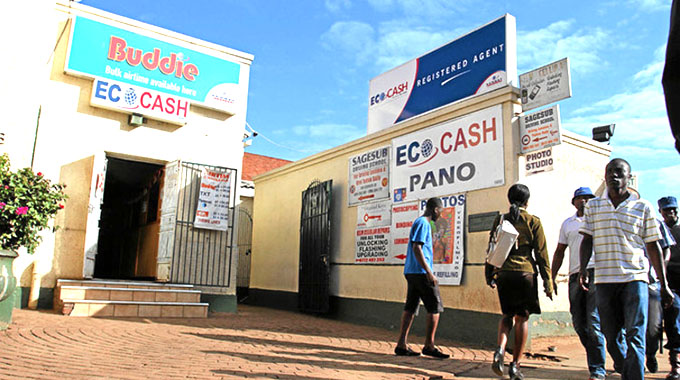 When mobile money platform provider EcoCash this week announced it will be conducting an upgrade of its platform between Saturday evening and Sunday evening (Nov 16-17, 2019) many would have taken it as just another upgrade.

It is common knowledge that technology-based systems always go under hardware and software upgrades. For example, even at an individual level, very few of us are still using a smartphone or laptop they bought 10 years ago!

If they are, the device is probably very slow now, prone to crashing and quite vulnerable as far as attacks from malware and data security is concerned.

It is therefore, pretty routine for organisations such as banks and mobile network operators, running ICT-based platforms, to implement various levels of system upgrades from time to time.

For instance, recently, FBC Bank underwent a system upgrade on its “core banking platform” from August 10 to August 13, 2019, that the bank said was meant to enhance security and improve efficiencies.

Speaking about the upgrade, the bank said it was migrating to a more “robust, efficient, state-of-the art and latest version,” of the banking platform.

And so it is for EcoCash, a mobile financial services platform integrated to over a dozen banks, and to thousands of merchants across the country.

The latest upgrade, according to a statement released by the company yesterday, is not just another upgrade,  but a “major upgrade.”

Sources within the Cassava Smartech, the company that controls EcoCash, say the weekend upgrade will be the “biggest upgrade” and the largest platform investment the company has made since the EcoCash platform was deployed in 2011.

Since inception, EcoCash has grown to become the de facto national payments platform as it now handles over 85 percent of all electronic transaction by volume, according to the Reserve Bank of Zimbabwe (RBZ).

The system moves billions of dollars worth of transaction value, including the purchase of goods and services, payment of bills — including payment of utility bills —  sending of money from person to person, and the movement of funds to and from one’s bank account, among so many uses of the service.

The EcoCash platform is estimated to have over 10 million registered customers, and about 180 000 merchants and agents.

The platform has become central to doing business — for both individuals, companies and Government departments, and is at the core of the national financial inclusion strategy as espoused by the Central Bank.

It is testimony to the importance of the platform that as the Central Bank was announcing the injection of more physical cash into the market, it acknowledged the important role that mobile money plays in the economy.

The recently appointed Monetary Policy Committee at the Central Bank, in its inaugural Press briefing and statement presented in late October, noted “with satisfaction the fact that the domestic economy in 2019 achieved new heights in terms of the utilisation of electronic systems for market transactions”.

The EcoCash upgrade is coming at a time the National Financial Inclusion Strategy by the RBZ stated that its target is to increase the overall level of access to formal financial services in the country from 69 percent (in 2014) to at least 90 percent by 2020.

It also aims to increase the proportion of banked adults in the country to at least 60 percent by 2020.

No doubt EcoCash plays a key role in driving the achievement of these national metrics.

According to the Postal and Telecommunications Regulatory Authority (Potraz)’s report entitled “Consumer Satisfaction Report” released earlier this year, the EcoCash platform conducted almost 99 percent of the total mobile money transfer services that took place in the country over the past few months prior to the report.

“Ecocash processed 99,4 percent of the total value of mobile money transactions, whereas TeleCash and OneMoney processed 0,1 percent and 0,5 percent respectively,” the report said.

That Ecocash plans to conduct a “major upgrade” to enhance capacity and improve transaction and platform security among other enhancements, is therefore, a necessity, considering the key role that the platform plays in the national economy, and should be seen as a step in the right direction.