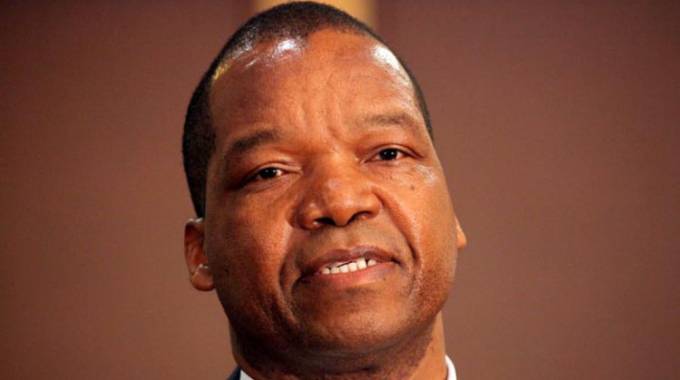 VR. Congratulations on your reappointment for the second term in office.What does this mean to you?

JM. I would like to express my gratitude to His Excellency, President E.D Mnangagwa, for the trust he has reposed in me by re-appointing me as governor of the Reserve Bank of Zimbabwe for a second and final term of five years. I serve with passion for the betterment of Zimbabwe at the pleasure of my Principal who is the appointing authority. I serve in the interest of the nation.

VR. How do you compare the first term with your current mandate?

JM. My first tenure was devoted to building a springboard of the economy, which culminated in putting in place a number of policy measures, which I believe were necessary to create an economic superstructure for the transformation of the country. The measures were designed to take the country back to basics.

VR. What are your priorities going into the second term?

JM. Going forward, my second term shall be devoted to the take-off of the economy through pursuing confidence building measures that are critical to stabilise and grow the economy in line with the country’s goal of becoming an upper middle income country by 2030. Greater attention shall be placed on stabilising the interbank foreign exchange market which is necessary for maintaining price stability and enhancing productivity and exports across all the sectors of the economy, safeguarding financial sector stability and fostering market discipline in the banking sector to ensure compliance with best practice that include fairly rewarding depositors. I will also work on strengthening financial inclusion and expanding the use of plastic money as well as providing professional advice to Government, which is essential for the smooth take off of the economy and for the country to meet its aspirations.

VR. It is no secret that the economy has gone through a rough terrain over the past few years. What has been your greatest challenge as governor and how did you overcome it if at all?

JM. The greatest challenge has been to deal with financial stability within the difficult geopolitical and high country risk environment characterised by limited access to foreign finance, low productivity and low social cohesion.

VR. What gives you the greatest headache in this economy?

JM. What gives me great concern about our national economy is the paradox or fact that the economy is well endowed with significant resources from world renowned human resources to minerals and rich soils yet the economy is under performing. The economy needs to take off for the betterment of all Zimbabweans.

VR. You have been quoted as saying Zimbabwe needs to increase production in all sectors to deal with challenges bedevilling the economy. Has your voice been heard?

JM. Yes to some extent. There is still plenty of room for improvement. We need to produce more goods and services to feed ourselves. We need to exploit the minerals to increase foreign currency reserves. We, therefore, need to deepen import substitution and export orientation. Zimbabwe needs to be a resilient economy. We need to enhance production, production and again production. This will in turn increase employment and general welfare of all Zimbabweans.

VR. The foreign currency situation remains precarious and is probably the major ulcer in this economy. What solution do you proffer seeing as the interbank rate has not quite produced the desired results?

JM. We are working on a number of initiatives to expand the country’s capacity to earn foreign currency and putting in place lines of credit to mitigate the shortfall from the country’s exports. These measures are going to stabilise the interbank forex market.Stabilising the interbank forex market is critical in order to mitigate the pass-through effects of the movement of the exchange rate in the pricing of goods and services. A stable exchange rate is necessary for price stability.

VR. In the meantime how can the appetite for foreign currency be quenched given the high demand for it. And is this demand realistic?

JM. The most important currency in the world is confidence. Confidence will, therefore, quench the high demand for foreign currency. We also need to deal with market indiscipline. These, together with improved exports and access to foreign finance, will make the economy fly.

VR. Some quarters have said that the central bank is the main player in the illegal forex market. How do you respond to this?

JM. These quarters are misguided. They deal with fake news which they spin to confuse the market and to dampen confidence in the economy. These are some of the sources of low levels of confidence in this economy. Such insults to the central bank are counterproductive and should not continue to be tolerated.

VR. Inflation is another sore point in the economy and the latest figure shows that its going untamed over the last few months.  What is fuelling this and are we headed for the hyperinflationary environment reminiscent of the 2008-09 era?

JM. We are in a macroeconomic stabilisation phase after the significant fiscal and monetary policy changes. The policy changes were necessary in order to rebalance the economy which was overheating due to excess aggregate demand.

The economy is now going through a gradual transitional phase to a market economy which is good for all. This transition requires businesses and consumers to exercise patience and restraint- restraint from speculative pricing and rent-seeking behaviour to give room for the economy to stabilise for the common good of all Zimbabweans. Aggregate demand is declining and so shall inflation. We are, therefore, heading for a reduction in inflation which we expect to be below 15 percent by year end.

VR. Zimbabweans are scared of this monster called inflation and they are panicking? How are you reassuring them if at all?

JM. I am also one of those people who is scared of this inflation monster. It is against this background that the central bank is doing all that it can as i have just explained, to achieve and maintain the stability of the RTGS dollar. We have been able to limit the quantity of money in circulation to levels that do not cause  high inflation. As you know, inflation is caused by an increase in money supply. Limiting the growth of money supply is, therefore, designed to reduce inflation. I therefore want to assure the nation that we are on the right trajectory to achieving a lower inflation level of below 15 percent in the last quarter of this year and further lower inflation levels in 2020 on account of the base effect and the stability of the economy.

VR. Where will the economy be come December 2019 in your opinion?

JM. It will be in a stable condition and ready for a takeoff.

VR. You have been part of an international campaign to woo financiers and investors. Has that paid off?

JM. Yes indeed. It has been a positive process. What’s now needed going forward is to actualise the financial and investment transactions. Zimbabwe needs to be part of family of nations, and not an orphan or step child in a family of nations.

VR. What would be the ideal economy you would want to leave when your term of office expires in five years?

VR. That sounds great. So what would you want to be remembered for?

JM. A servant leader who is honest and one who fears God first and foremost. A friendly and non-violent person who has an unassuming character. One who is always searching for solutions even under difficult circumstances. I don’t fight.