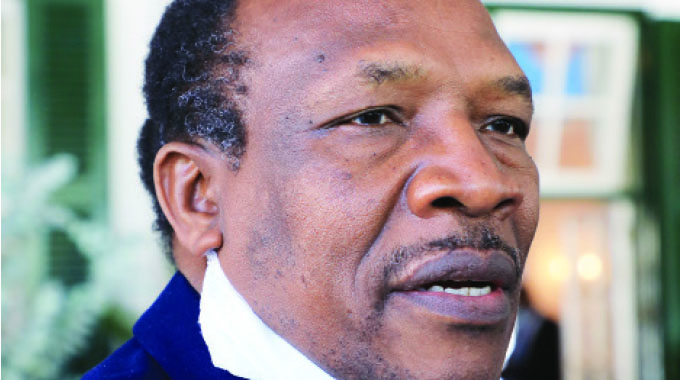 In an interview with The Herald, Prof Mbennah, whose country recently became an upper middle class economy, said President Mnangagwa has laid a solid foundation that will make Zimbabwe the Jewel of Africa.

“I really commend President Mnangagwa for the works he is doing. He is focused on the progress of the country, obviously, the challenges are not few, but he is working very hard.

“Some things that I can identify with Tanzania is the ardent fight against corruption. It does not matter who it is. If anyone is found on the wrong side of the law, action is taken, people are arrested and taken to court and that is very much what Tanzania has done especially during the tenure of President Magufuli.”

Corruption, Prof Mbennah said, was a problem in many countries and President Mnangagwa was doing all he could to show his resolve in dealing with the scourge.

President Mnangagwa has vowed to stamp out the scourge of corruption that permeates all facets of life.

So far President Mnangagwa has relieved two of his Cabinet ministers of their duties after they were implicated in corrupt dealings.

Several former senior Government officials, who have been implicated in corruption are either serving or have cases pending before the country’s courts of law.

With the President sending the right signals that have won him global recognition, Prof Mbennah said it is incumbent upon the country’s populace, including those in the opposition to be united.

He decried the country’s opposition, which perpetually agitates for unrest and consorts with foreign nations to cause pain on Zimbabweans through imposition of illegal sanctions, saying they should instead focus on the country’s development.

“In Tanzania we have opposition parties, but it is very clear that people in the opposition consider Tanzania first. We may have different ideas and different ideologies, but we are here to give everything to the development of the country.

“My appeal to the people of Zimbabwe is build Zimbabwe, don’t pull it down, you don’t have another Zimbabwe. Building means building, you cannot be destroying one side and say you are building. There are a lot of things I see on social media that are destructive (and) will not take Zimbabwe forward.”

On patriotism, Prof Mbennah said it was obligatory for every Zimbabwean not to speak ill or his or her country. He said Zimbabwe was endowed with a highly-educated populace, hardworking and very intelligent.

“If the people put their heads together Zimbabwe will be a shining star not only in the region, but also internationally. My appeal to Zimbabwe is to keep working hard and for everyone to stand behind the President. The opposition should also contribute towards building Zimbabwe.

“We need to be wise in dealing with those who purport to be our friends. They are only friends because they want to benefit. There are so many good friends that Zimbabwe can count on and not those who are working against the Government,” said Prof Mbennah.

Despite the fact that the country’s opposition parties are throwing spanners, Ambassador Mbennah said the re-engagement drive was bearing fruit.

“The efforts of the Second Republic are very clear. Efforts of re-engagement are bearing fruits and most world nations are coming closer to Zimbabwe including the UK. The recent lifting of sanctions against some banks is also a good sign for Zimbabwe”.

Ambassador Mbennah said the John Deere farm mechanisation facility was an indicator of the positive outcome of the country’s re-engagement drive.