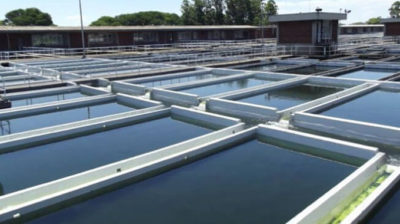 PRESIDENT Emmerson Mnangagwa has ordered an urgent allocation of US$9,3 million to the Harare City Council water treatment plant, Morton Jaffray, after the facility shut down last week due to shortage of treatment chemicals.

The US$9,3 million is expected to go towards equipment and chemicals for the waterworks which was shut down last month due to lack of chemicals, particularly chlorine and aluminium sulphate, which are the major water treatment chemicals.

The waterworks has obsolete infrastructure which was built by the Rhodesians in 1953 and was meant to cater for only 300 000 people.

Thereafter, the waterworks was not upgraded, which has caused part of Harare’s perennial water challenges.

Local Government minister July Moyo, who yesterday officiated on behalf of the President at Warren Control Station in Harare, said the US$9,3 million allocation would enable the city council to revamp its water supply system.

“The project was initiated by the Harare City Council, but later on, the President took over after realising the urgent and dire water situation in Harare after he visited Morton Jaffray,” he said.

“It was during the visit to Morton Jaffray that the bottlenecks to Harare water supplies were identified, which then resulted in the President directing that US$9,3 million must be urgently allocated for purchasing of the equipment.”

Moyo said there was need to replace the five damaged pump sets at Darwendale Pump Station and seven out of the 14 pumps that were operational at Warren Control Station.

“The second problem was the 14 pump sets and starters at Warren Control Station, which distribute the bulk of the water to Harare and these needed to be replaced.”
The Local Government minister said the required items were in transit and the project was expected to be completed in six months.

“The balance of the remaining items required for the project has been manufactured and is in transit. The project duration will be around six months as planned, although we will put into consideration some of the complications being experienced because of COVID-19,” Moyo said.